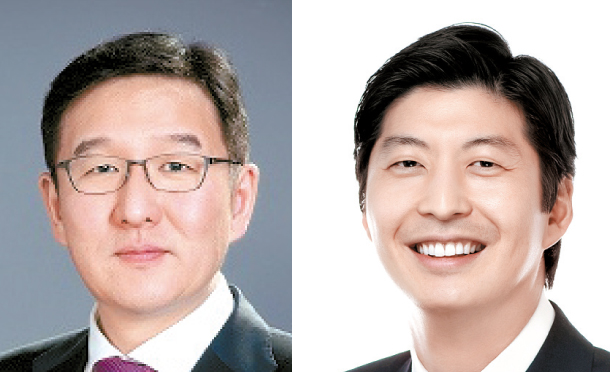 Huh and Hur are different spellings of the same Korean surname.

GS Caltex and its holding company GS Energy lead the group’s energy business, which accounts for more than 70 percent of the conglomerate’s entire business portfolio by revenue.

Hur Sae-hong’s appointment to GS Caltex is also notable in that he’s the first member of the GS family’s fourth generation to grab the top spot at a core affiliate. This marks the start of a generational shift among the conglomerate’s leadership.

His predecessor was GS Caltex Chairman Huh Jin-soo, the brother of the group’s chairman, who became chief executive in 2013. While the CEO position will be passed to his nephew, Huh Jin?soo will remain as the company and its board’s chairman. He was also appointed as chairman of the board of directors at GS Energy, which a spokesperson explained is a measure to enforce cooperation between the two affiliates.

“As the boards’ chairman, Huh’s role will be preparing for changes in the energy business and devising long-terms strategies by strengthening ties with stakeholders and look into foreign business projects [that require massive investments],” GS Group said in a statement. “With accumulated experience in the energy field and leadership, he is anticipated to expand synergy among affiliates and support young leaders.”

In total, 53 executives - not all of them members of the Huh family - were reshuffled. The moves were based on affiliate performances and aimed to promote young leaders that proved their ability to cope in the rapidly changing business landscape, GS said.

The group added that the general direction came from group Chairman Huh, who said the company needed personnel that “can establish their own know-how for success and actively adapt to rapid changes rather than depend on old ways.”

The top executives announced on Tuesday will be put to a final vote at board of directors’ meetings at the respective affiliates.