Kolon chairman quits all positions at the company

Kolon chairman quits all positions at the company 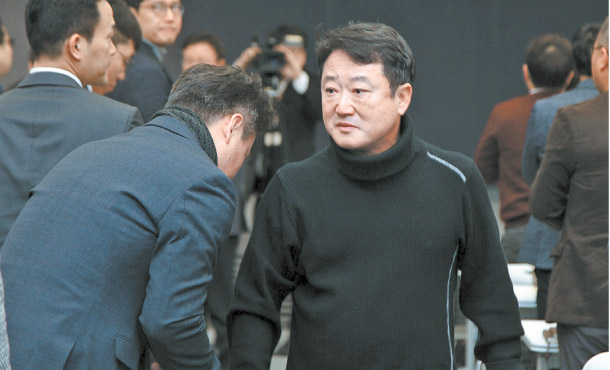 Kolon Group Chairman Lee Woong-yeul, right, bids farewell at Kolon One & Only Tower in Magok-dong, Gangseo District, western Seoul, on Wednesday. The company was founded by his grandfather, and Lee Woong-yeul has been in the top position since 1996. [KOLON GROUP]

Kolon Group Chairman Lee Woong-yeul abruptly announced on Wednesday he is stepping down from all leadership positions at the company next year, effective Jan. 1.

Lee has been leading the Kolon Group as its third-generation leader since 1996. He is the grandson of founder Lee Won-man. The announcement came as a surprise as Lee, 63, is still relatively young among local conglomerate leaders.

Lee said he is leaving the company because he hopes to start a business of his own outside the family enterprise.

“I’m leaving this company starting from next year,” he told Kolon staff Wednesday morning at an internal event. “From then on, I will not participate in the management of the group.”

His resignation was confirmed officially by letter to all Kolon staff after the event. A source at the company said that the plan was known by few at the company ahead of the event. Only those who had to prepare for the release of the news and related follow-up tasks were informed the day before. 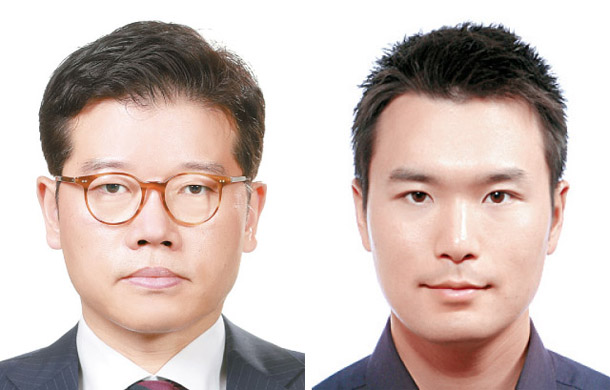 “When I was appointed chairman in 1996, I made a promise to myself to lead Kolon for just two decades, but now it’s already three years past that deadline,” Lee wrote in the letter.

“I thought it is now or never to embark on a new adventure. My next plan is to start a business of my own with the experience and know-how I’ve accumulated.”

The outline of Lee’s new business is yet unknown, but a spokesman said it will likely have nothing to do with Kolon Group as he was clear that he wants to operate independently, away from the company.

During his time at Kolon, Lee pushed projects expanding the group’s portfolio. His most ambitious foray was in life sciences - an unusual move for a manufacturing company. Kolon Life Science’s Invossa, a gene therapy drug for knee osteoarthritis, started commercialization in Korea last year and is set to start exports.

In his letter, Lee added that he also recognizes his own limits in driving innovation at a time when it is needed the most, with technology and business changing fast.

“As I’ve recognized it is time to leave, you should realize that this now is the time to bring change - If we miss this momentum, there will be no future for the company,” he said.

Chairman Lee’s vacancy as the head of Kolon Corporation, the group’s holding company, will be filled by Vice President and CEO You Seog-jin, 54. He was promoted to president on Wednesday. To assist You in making decisions for the group, a so-called One & Only committee will be newly established. Composed of affiliate CEOs, the body will set long-term direction and advise on acquisitions.

Lee has a son working inside Kolon Group who may lead the company one day. Lee Kyu-ho, 35, was promoted to chief operating officer at Kolon Industries’ “FnC” division, which owns multiple fashion brands. Fashion is a relatively small division of Kolon Industries

“Instead of immediately handing down the management lead for the group, Chairman Lee seems to want COO Lee to head a business division first and accumulate experience and know-how,” said a source at Kolon.