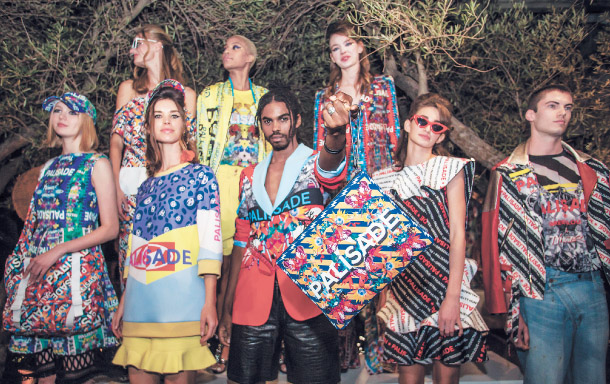 Models dressed in clothes designed with Palisade as a motif pose during the Hyundai Style Night held in West Hollywood, Los Angeles, on Nov. 27. The clothes were designed by Ty Hunter, Beyonce’s stylist, and Park Youn Hee, designer and CEO of Greedilous.

According to Hyundai Motor on Wednesday, the LA event was the start of its global marketing campaign for the large Palisade SUV.

The Korean automaker said it invited 200 social media influencers and celebrities from around the world, including Beyonce, Kim Kardashian and Sofia Richie.