A senior U.S. Central Intelligence Agency (CIA) official in charge of Korean affairs will resign at the end of the year, multiple sources said on Tuesday. 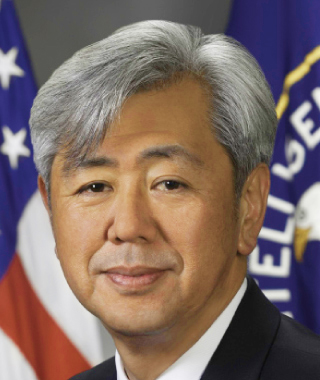 The Korean-American played a key role in negotiations with North Korea before and after the historic summit between U.S. President Donald Trump and North Korean leader Kim Jong-un in June.

The CIA official has led the KMC since the team was launched last year to focus on the growing threat posed by North Korea’s nuclear weapons and ballistic missile programs.

He initially planned to stay until last summer, but continued in the post at the urging of U.S. Secretary of State Mike Pompeo.

The two worked together when Pompeo headed the CIA prior to becoming secretary of state, and Kim accompanied Pompeo on all four of his trips to Pyongyang this year.

“I understand that Andrew Kim has been in constant consultation with Secretary Pompeo about his future,” said one source who spoke on condition of anonymity. “I heard he will continue to work as an adviser to Secretary Pompeo.”

Kim told several acquaintances in Seoul about his resignation plan when he visited the country earlier this month.

The CIA is carefully reviewing potential candidates to succeed Kim, according to an official with knowledge of the issue. The KMC’s deputy head is Korean-American, but he is reportedly not on the list.

The U.S. State Department declined to confirm his retirement, but lauded him for his work.

“Andy Kim is fantastic,” department spokeswoman Heather Nauert said at a regular press briefing. “Andy Kim has been a great partner of Secretary Pompeo, not only at the agency, and I can’t speak for them, but certainly here at the State Department as well.”

She added that U.S. Special Representative for North Korea Stephen Biegun is “firmly in place” to continue nuclear negotiations with Pyongyang.