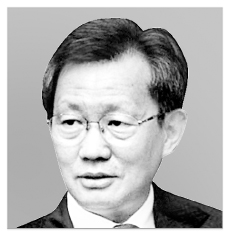 Choi Young-jin
The author, a distinguished professor in international politics at Yonsei University, is a former Korean ambassador to the United States.

This year was packed with diplomatic events for South Korea. Hopes of an unprecedented breakthrough in North Korean relations have been high following the back-to-back summit meetings between leaders of the two Koreas and also between North Korea and the United States. Compared with a year ago, when tensions were high amid a violent exchange of words between U.S. President Donald Trump and North Korean leader Kim Jong-un, geopolitical risks have eased considerably. Much has been achieved on the security front.

The next stage is to go beyond easing tensions and make meaningful steps toward lasting peace. After a summit in Pyongyang in September, the two Korean leaders agreed to hold the next meeting in Seoul. The meeting was expected to take place within the year, but there is little movement to imply that it is going to take place in December.

It is also uncertain whether the two Koreas will be able to make a war-ending declaration within the year as they had initially hoped. All the follow-up actions hinge on the results of a second summit between Trump and Kim, though it is unclear when the meeting will take place. Korean diplomacy has stalled since September.

That confidence led Kim to pay more attention to the economy and soften his provocative tone. Having perfected nuclear development, the regime claimed it no longer needed to test out missiles and bombs. The nuclear and missile test sites have become the North’s best diplomatic bargaining chips. Kim was able to sit down with the leaders of the United States, China and South Korea by leveraging the dismantlement.

Trump, the “America First” slogan’s champion, is devoted to keeping U.S. territory safe. The United States is safe if North Korea stops missile tests. The success rate of nuclear-armed long-range missiles reaching U.S. territory cannot increase unless North Korea continues to test its ICBMs until it can safely re-enter the atmosphere and nuclear materials become miniaturized enough to fit into a flying missile.

In the press conference following his summit with Kim, Trump announced that the North promised to cease its weapons tests and that Washington would no longer back joint military drills with South Korea as a show of goodwill. Relieved that the United States is no longer in danger, Trump said he would not rush denuclearization.

Regardless of its promise, North Korea still has hundreds of short and mid-range missiles as well as nuclear weapons. The path to denuclearization remains long. Moreover, North Korea and the United States have fundamentally different understandings of denuclearization. North Korea insists it has made efforts toward the goal by ceasing nuclear tests and destroying test sites, and demands eased sanctions in return. Kim invited his South Korean counterpart to Pyongyang in September and announced various inter-Korean projects in the belief that sanctions would be lifted.

But the lid on sanctions is unlikely to come off that easily. Washington believes a hasty lifting of sanctions could make North Korea a nuclear weapons state like India and Pakistan. It maintains it cannot remove sanctions unless it is convinced of the North’s concrete steps toward denuclearization. It has made its terms clear: the complete, verifiable, and irreversible denuclearization or final and fully-verified denuclearization. North Korea cannot easily meet the terms because its viability is at stake.

The bottleneck tests the South’s diplomacy. In retrospect, Seoul has been rash in its policy on North Korea. It has grown impatient so as not to lose dialogue momentum. It fears the last chance of putting North Korea on a denuclearization and peace path would be lost if Kim loses patience and is persuaded by military hawks in Pyongyang.

Seoul has been trying to get results, pleading for changes that can be completed under the current situation, including a war-ending declaration. But Seoul must end its wishful thinking and face the brutal reality of the diplomatic world: there is little possibility of a December breakthrough.

South Korea must come up with a new strategy in the new year. It must stop trying hard on its own, but find a common ground for the United States and North Korea. While keeping up the inter-Korean dialogue momentum, Seoul must closely study the relationship between Pyongyang and Washington, and North Korea’s actions on the worsening economy.

The answer to the North Korean problem lies more with the economy than nuclear weapons. It is up to the North to make a choice between the two. Our strategy on North Korea and denuclearization should be focused on such a reality.