The best timing for a rate hike?

The best timing for a rate hike? 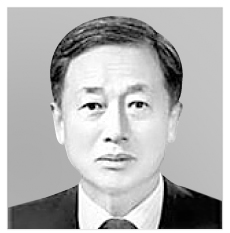 Shin Se-chul
The author is a former head of research at the Financial Supervisory Service.

The Korean economy has been muddling along below its growth potential for a long time. In the inflationary context, the benchmark rate should go lower as the inflation rate hovers well below the target. But regardless of the economic slowdown, experts as well as politicians, have been calling for higher interest rates to prevent capital flight and tame the housing market.

But a hike in the policy rate despite the evident signs of slowing in the economy would be like stepping on the gas pedal on a downhill slope.

The federal funds rate has risen zero percent to 2.0-2.25 percent, while the Korean one remained unchanged at 1.50 percent since November last year. There is no clear sign of capital flight in spite of the rate gap and the foreign exchange rate’s volatility. Foreign investor stock selling should no longer comes as a surprise. It is spurred more by our economic uncertainty than the gap in interest rates. Foreign investors are not concerned about the rate gap as they are confident that Korea will meet its obligations.

Korea has maintained a positive international investment position since 2014, making it a creditor nation based on its statement of financial assets and liabilities.

The imbalance in the housing market — the overheated southern Seoul districts and the sluggish areas across the nation — results from various factors such as excess liquidity from protracted low interest rates, inflated asset values and frenzied demand for certain properties. A rash rate hike without taking into consideration multiple underlying problems could backfire.

There can be several factors behind the surge in household debt and excess liquidity. It is not easy to determine whether raising interest rates will help ease the financial imbalance. A decision based on the past circumstances under higher growth, inflation and interest rates can generate undesired outcomes under the very different conditions these days. A rate hike to control mounting household debt and high liquidity can upset the economic order at a time when investment sentiment is subdued. 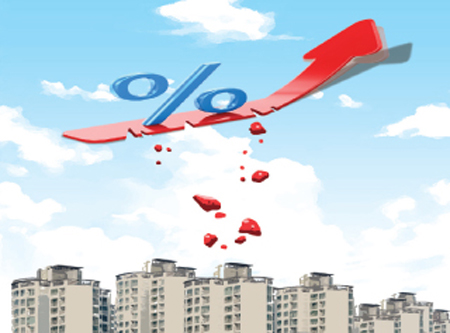 A rate hike to match the normalization trend in the United States where the economy — unlike Korea’s — is on a fast rebound can also wreck the autonomous mechanisms in our economy. My personal judgment is that raising the Korean policy rate could end up aggravating foreign capital flight, asset inflation and financial imbalances.

First of all, a rate hike in the face of the weak economic fundamentals can undermine future economic activities and growth potential. Foreign investors could become more wary of our economy’s future and flee. They have put money in Korean assets to reap returns from growth, not because they blindly fell in love with Korea.

Second, monetary tightening when the economy is going downward can deepen the slump. Resuscitation of a dying economy calls for a fast liquidity expansion. The overheated property market earlier this year might have been driven by some far-sighted bets on bigger volatility.

Third, a rash hike without addressing the factors behind the deepening financial imbalance can also create serious conflicts between the haves and have-nots. Wealth disparities are bound to worsen.

A central bank must first make a monetary decision based on internal macroeconomic circumstances, not external factors. If interest rates affecting household, corporate and national economic activities are determined to meet a certain policy goal, the ill effects can be catastrophic and far-reaching. A monetary policy determined by micro factors could fall into the fallacy of composition.

We have seen policy disconnected with economic fundamentals only aggravate uncertainties and create a strong backlash. South Korea ended up seeking an international bailout in 1997 because the Kim Young-sam administration excessively interfered with foreign exchange rates to deliver the goal of achieving a per capita GNP of $10,000. The collapse of the Kosdaq boom under the Kim Dae-jung administration resulted from a campaign to artificially raise the stock prices of start-ups. That’s not all. The runaway housing prices under the Roh Moo-hyun administration was caused by the monetary profligacy of pushing down the benchmark rate to 3.25 percent from 5.25 percent to boost the economy.

The central bank governor is often called the great gatekeeper or the economic president because of the heavy onus of safeguarding monetary neutrality to keep the blood running through the economy. Given the direct and indirect influence over the market, a rate decision must be made to achieve comprehensive and long-term economic goals rather than to serve certain political ends.