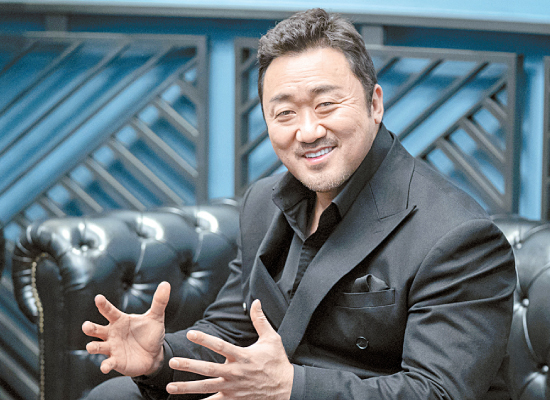 The number of people coming forth with claims that the parents of celebrities have pocketed other people’s money continues to surge.

In response to news that broke Thursday morning saying that actor Ma Dong-seok’s father had taken 500 million won ($446,639) from an old acquaintance and had not paid them back, Ma’s agency TCO Entertainment released a statement saying that everything had already been handled.

“We confirmed it with Ma’s father, the attorney and the court ruling that he has [already] paid off the amount that he was told to pay.”

“Ma sends his sincere apologies for concerning people over an issue like this, regardless of the reason,” the statement continued.

According to Kim’s nephew, Lee and Kim knew each other from high school, and got in touch again in 2010. After developing a mutual friendship, Kim got to trust Lee so much that she gave him all the money she owned and even took out a loan on her house to give Lee.

Soon after giving money to Lee, Kim entered the hospital and has been hospitalized since 2011. Her nephews sued Lee in June 2016.

The court found Lee guilty of stealing 300 million won from Kim, and sentenced him to two years and six months of prison. But considering his age, the court gave him a suspended sentence of four years.

“Every time we called him for the money, he would say that he will pay us back when his son comes back from shooting his film,” said the nephew. “And since we found out that Kim was hospitalized, he’s been saying things like, ‘I’ve never met her,’ or ‘I only borrowed a few million won.’”