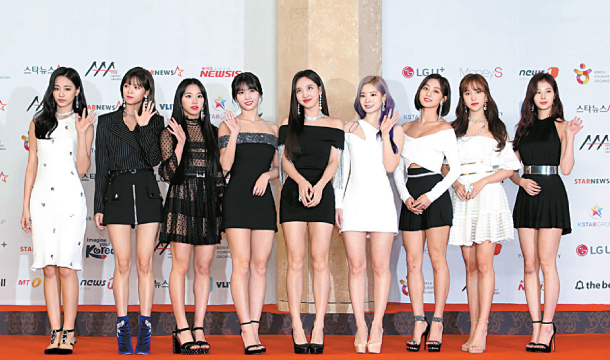 Girl group Twice will meet their fans at movie theaters on Dec. 7 and 8 to celebrate the release of their movie “Twiceland.”

The group’s agency JYP Entertainment released the schedule of their upcoming appearances at CGV theaters across the Seoul region. The group will be making stops at theaters in Sinchon, Hongdae, Yeouido and Yeongdeungpo in western Seoul, Suwon and Jukjeon in Yongin, Gyeonggi.

The movie, which will premiere on Dec. 7 at CGV’s ScreenX theaters - which are equipped with two additional screens, making for an immersive movie-viewing experience - features performances, interviews and behind-the-scenes footage from their “Twiceland Zone 2: Fantasy Park” world tour which kicked off in May and made stops in Seoul, Saitama, Osaka, Singapore, Bangkok and Jakarta.

Twice, who recently topped local music charts with their EP “YES or YES,” is set to kick off a Japanese dome tour in March next year.