We are stronger together

We are stronger together 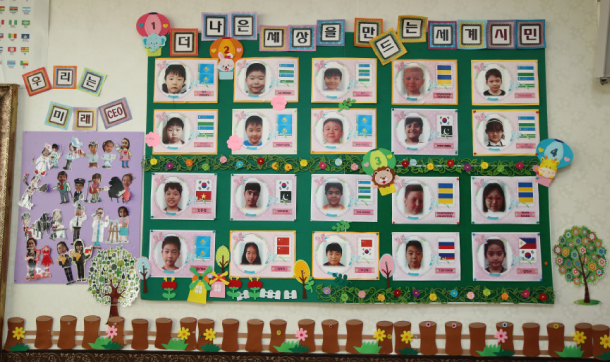 Daedong Elementary School in Daerim-dong, Seoul, is a unique place. It shows Korea’s rapid transformation into a more diverse country with 71.5 percent of the student body coming from a multicultural or non-Korean background.

That number is rapidly growing. The ratio is higher in the lower grades, as 77 percent of first graders are of diverse backgrounds, compared to 62 percent in the sixth grade.

The National Assembly Research Service’s multicultural students report also illustrates the trend. As of April, 122,200 children — 2.2 percent of the elementary, middle and high school students — are of multicultural backgrounds. The number grew by 2.6 times in six years from 46,900 in 2012. The percentage is much higher in elementary schools, at 3.4 percent. While the total number of students declined by 180,000 on average per year, multicultural students increased by 10,000 annually.

Now, embracing multicultural children as members of our community is a necessary move to keep society healthy. Singer Insooni is someone who is leading the cause. She established the Haemil School, an alternative middle school for multicultural students in Hongcheon, Gangwon, and has been operating it for six years now. In the spring, she told me about the dreams of the multicultural students.

She first mentioned the PyeongChang Winter Olympics. She sang “Let Everyone Shine,” a theme song for torch relay, and was the first runner in the Hongcheon section of the relay. She ran with the students of Haemil School for two reasons. “I want to tell the students that they were citizens of the Republic of Korea and they should not miss the festivity. Also, I want to show others that these children are also Korean citizens.”

Students at Haemil School call her “Mom.” She hopes, “My dream is that multicultural children live unwaveringly as Koreans with confidence.” She added that the Korean people need to keep an open mind and raise children as part of a village and our community.

At Haemil School, the students sing “Colors of the Wind” from the Disney animated film “Pocahontas” together.

“You think the only people who are people are those who look and think like you... All you’ll own is Earth until you can paint with all the colors of the wind.” Hopefully, all of Korean society can soon sing this song together.