A union without a mandate

A union without a mandate 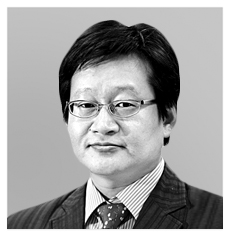 “I am pro-labor, but also pro-management and pro-business,” said President Moon Jae-in in a message to the business community during the first meeting of the Presidential Committee on Jobs in June last year. He also said he will “carry the businessmen on his back” if companies offer many good jobs.

To the labor community, he sent a more passionate message. “Labor unions were completely ignored during the last two administrations,” he said. “My administration will treat them just like the business community, as a major partner in running the country.”

The messages were issued to cheer up both the business and labor communities at the committee, which had been created as a result of Moon’s first presidential order. The messages, however, seem unfit for the current mood. The president is pro-labor, but it is questionable why he called himself “pro-management and pro-business.”

The liberal government’s labor-friendly moves — such as the rapid increase in the minimum wage, a relentless push to convert part-time or contract workers to permanent jobs and a drastic workweek cut to 52 hours — have all gone beyond the level that most companies and the market can tolerate, but the administration continues to push forward. Although large companies announced their plans to increase investment and employment, we have yet to see the president “carry them on his back.”

The business community is keeping a low profile, while the labor community is increasingly raising its voice. An alliance of 50 civic groups, including the militant Korean Confederation of Trade Unions (KCTU), staged a massive rally in front of the National Assembly last weekend, criticizing the Moon administration for being pro-conglomerate and anti-labor.

I visited the umbrella union’s home page to find out why it claims the government is pro-conglomerate and anti-labor. It argued that the administration failed to dismantle the established rights of the conglomerate while accommodating its demands through deregulation in the financial and medical industries. It also asserted that the administration has taken measures that would weaken the impact of the minimum wage hike and workweek cut.

It is questionable how much of the public really agree with the union’s standards. The policies attacked by the KCTU were necessary to support innovative growth and enhance the livelihoods of the underprivileged.

I argued that our financial industry should be deregulated to allow for internet-only banks and mobile medical treatment services as in other countries. I also argued that the drastic wage hike and workweek cut should have been complemented reasonably. I will continue to make those arguments.

The KCTU is being criticized for its members’ brutal beating of a company executive. The time has come for us to go beyond simply blaming their lawless actions and find a fundamental solution. We must find the right place for the KCTU, which represents our laborers far more than it has a right to.

Only 10 percent of Korean workers are unionized. Although the number of KCTU members has increased in the Moon administration, it has not yet reached 800,000. That accounts for just 4 percent of the entire salaried workers of 20.27 million.

And yet, the KCTU receives so much attention. It is refusing to participate in the Korea Tripartite Commission — an organ for social dialogue — although it was given a place. The KCTU is mainly composed of the metal workers’ union, which represents automobile, shipbuilding and steel workers, the union of Korail and the Korean Teachers and Education Workers Union. Therefore, it fails to represent all workers.

The KCTU does participate in various commissions and committees of the government. In addition to the Presidential Committee on Jobs, it took part in the State Affairs Planning Advisory Committee, which served as the transition team for the Moon administration last year. At the National Pension Fund Operation Committee and the Minimum Wage Committee, the KCTU represents workers along with the Federation of Korean Trade Unions, another umbrella union.

It is not a coincidence that the minimum wage rapidly increased to benefit the labor unions of conglomerates. The KCTU openly opposed the Health and Welfare Ministry’s plan to replace civilian members of the National Pension Fund Operation Committee with experts because it did not want to lose its place. At the first meeting of the Presidential Committee on Jobs, Moon promised that the representatives of the two umbrella unions will be invited to not just government committees and commissions that are directly related to labor, but also other ones that require various opinions from society. Since the president made a public pledge, the KCTU’s seats on various committees have increased.

So far, all successful social movements were led by a majority. A movement by the minority that fails to win the support of the public will never succeed. The KCTU cannot represent all Korean workers. Since its members are citizens of Korea, they can enjoy the freedom of assembly as guaranteed by the Constitution. But that’s all. We can no longer allow an umbrella union, a selfish organization that fails to represent the entire labor community, to be treated as a partner in government that would speak for itself at various committees.

The KCTU has no right to decide the future of us all.