[CAPITAL CONNECTIONS] Turkish delights on the streets of Insa-dong

[CAPITAL CONNECTIONS] Turkish delights on the streets of Insa-dong 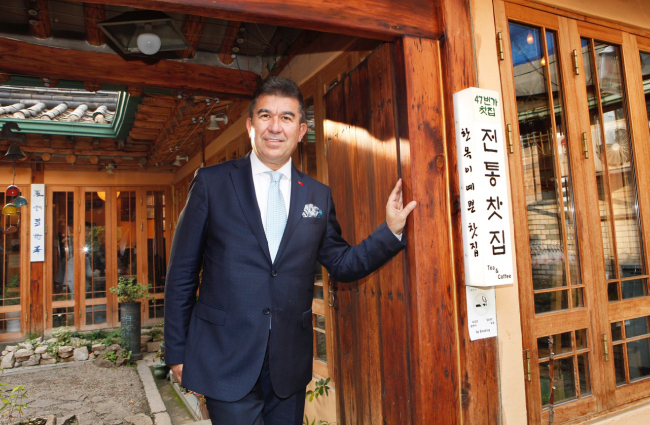 Ambassador of Turkey to Korea Ersin Ercin at the 47th Avenue Tea House in Insa-dong, central Seoul, on Nov. 15. The teahouse offers traditional floor seating from where one can enjoy cups of tea ranging from herbal and medicinal to fruit-based. [PARK SANG-MOON]


“I was first taken to Insa-dong by my colleagues at the Turkish Embassy in Seoul when I visited the city in 2014 for an official occasion,” said Ersin Ercin, ambassador of Turkey to Korea. “I can vividly remember the friendly conversation I had at a tea house with a group of Koreans.”

That conversation with locals at the tea house, located in a corner of one of the winding streets of Insa-dong, drew the ambassador back to Korea.

“Immediately after learning what my nationality was, they started calling me brother and gave me a very detailed explanation about the city, the country, the culture and insisted on paying the bill,” he said, sitting with the Korea JoongAng Daily at the same tea house on Nov. 15. “It was my first close interaction with the Korean people, and honestly, I was deeply impressed by their genuine and truly friendly attitude.
“So you can imagine how happy I was to be assigned here as the Turkish ambassador in 2018,” he said.

For the top envoy, walking through the streets of Insa-dong brings back lots of memories of home as well.

“I walk through Insa-dong with my fiancée and my dog Melisa on most weekends,” he said. “Based on its striking similarities with Istanbul’s Istiklal Avenue, Insa-dong makes me feel at home.”

Sipping tea at 47th Avenue Tea House, the ambassador recalled his encounters with people of both Korea and Turkey. The following is an excerpt from the interview. 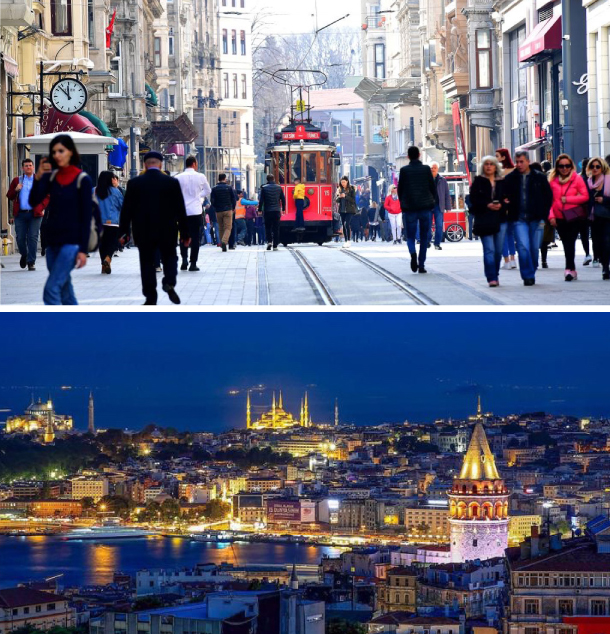 From top, Istiklal Avenue in Istanbul. An aerial view of Istanbul at night. [EMBASSY OF TURKEY IN KOREA]

A. The street is called Istiklal Caddesi, which means Independence Avenue in Turkish and it is a long pedestrian street. The tram that runs from Taksim Square to Tunel Square is the world’s second-oldest subterranean urban rail line after the London Underground. Istiklal Avenue ends at Taksim Square and is surrounded by restaurants, shops, hotels and international food chains just like Insa-dong.

Insa-dong reminds me very much of Istiklal Avenue in Istanbul. Like the avenue, Insa-dong is one of the most charming venues in the heart of Seoul. It offers a rich variety of experiences to visitors with its restaurants, cafes and small shops selling arts and crafts.

The story of the tea house in Insa-dong is quite special. Tell us about the tea culture in Turkey.

The Turks are considered by many as a coffee drinking nation due to the historical reputation of Turkish coffee, but tea is also an important part of the Turkish culture. Tea is poured into little tulip-shaped glasses and is consumed hot, strong and without milk. Tea is not only seen as an after-meal digestive but also creates a cozy atmosphere in gatherings with family and friends. Offering tea to foreigners is also a sign of friendship.

How would one navigate about the area to see the main attractions?

Istiklal Avenue is connected to Taksim Square, located at the heart of Istanbul and a major tourist and leisure district famous for its cultural centers, restaurants, shops and hotels.

The most important monument at Taksim Square is the Independence Monument (Istiklal Aniti), which stands at the entrance of Istiklal Avenue. The monument was made by an Italian sculptor Pietro Canonica. It describes Ataturk, founder of the modern Republic of Turkey, as a military commander-in-chief and a statesman. Since its opening, the monument has become the spot for official ceremonies in Istanbul.

A walk through Istiklal Avenue is highly recommended. Those looking for a historic tour should take a tram ride through this avenue. Although one can get off at different points along the route, I recommend riding the tram to the final stop, Tunel Square, and walking back.

Istanbul is one of the best cities in terms of connectivity. The new Istanbul Airport, which was partly commissioned on Oct. 29 this year, will be the largest airport in the world when it becomes fully operational in the near future. 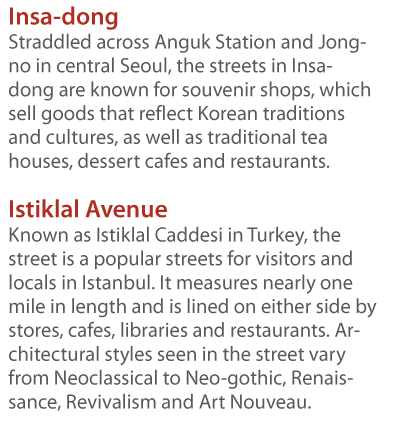 Taksim Square is also a popular tourist destination in Istanbul.

The word “Taksim” means division or distribution in Turkish. Taksim Square was originally where the main water lines from the north of Istanbul were collected and branched off to other parts of the city. This function was established by Ottoman Sultan Mahmud I. The square takes its name from the Ottoman era stone reservoir, which is located in this area. The square is also the most popular location in Istanbul for national day celebrations and parades and New Year festivities.

What other attractions in Turkey would you recommend to visitors?

Topkapi Palace, the Hagia Sophia and the Blue Mosque are among the many must-see sites in Istanbul.

Ephesus, Cappadocia, Pamukkale, Sumela Monastery (Trabzon) and the Dead Sea are some of the few places in Turkey that are highly recommended for tourists. The natural and historical treasures of Turkey cannot be discovered by a single trip but requires many returns.

What are your main objectives during your tenure here? By the end of your tenure, how do you wish people here will know Turkey?

Korea has been Turkey’s strategic partner since 2012 and is currently our second-biggest trading partner in the Asia Pacific region after China. Since we are already enjoying excellent political relations with Korea, my priority is to further our bilateral economic and commercial relations.

Turkey’s geographical proximity to countries in Europe, Middle East, Africa and Central Asia can also offer excellent means of connectivity for big Korean brands. By the end of my tenure here, I wish the Korean people will have a more in-depth knowledge about the Turkish culture and see my country not only as a brother country but also as a reliable political and economic partner for Korea.

What are some of the latest developments in Korea-Turkey relations you would like to highlight?

Last year, Turkey and Korea celebrated the 60th anniversary of the establishment of diplomatic ties. Therefore, Turkish President Recep Tayyip Erdogan’s state visit to Korea in May this year marked a new era in our relations with high targets in economic and commercial relations, defense industry cooperation as well as technological and scientific exchanges. The opening of the Yunus Emre Cultural Institute in Hankuk University of Foreign Studies in Seoul will also greatly contribute to increasing cultural interaction between the two countries.

What would you do if you could spend a week in Turkey?

If I had a week in Turkey, I would first go to Ankara to see my family and friends. Antalya would be the next destination for me. Then I would relax in the thermal baths in Bursa. As a last stop, I would gastronomically spoil myself in one of the kebab restaurants in Istanbul. 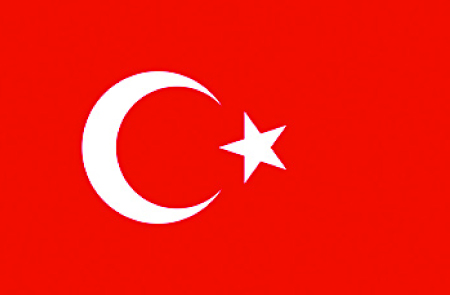 Turkish soldiers were the first to arrive in Korea after American soldiers to respond to calls from the United Nations for military aid to South Korea during the Korean War (1950-53). The number of soldiers from Turkey, totaling 21,212, was the fourth-largest group among nations that dispatched military aid to South Korea. Thus the expression “country of brotherhood” was coined among the people of Turkey when referring to Korea. For those looking for a story regarding the two countries during the war, the movie “Ayla” (2017) is recommended. It is based on a true story of a Turkish soldier who becomes a father to an orphaned Korean girl for 15 months at a military camp.

Turkish Ambassador Ersin Ercin arrived in Korea in December 2017. Previously, he was the director general for bilateral political affairs for the Asia Pacific region at the Turkish Foreign Ministry and, prior to that, ambassador to Brazil. The top envoy’s previous postings include New York, Vienna, Damascus in Syria and Khartoum in Sudan. During his free time, he likes to walk through Insa-dong and Myeong-dong in central Seoul and exercise, swim and go cycling. Ambassador Ercin has been to Busan frequently for commemorative ceremonies at the UN Memorial Cemetery, where 457 Turkish soldiers are buried. He is hoping to visit other cities and Jeju Island to meet businesspeople and scholars to further the knowledge and business exchanges between Turkey and Korea.