Oh Ji-hyun strikes out on her own

Oh Ji-hyun strikes out on her own

Oh Ji-hyun once dreamed of becoming a doctor. Instead, she’s had to settle for being one of the star players on the KLPGA Tour. 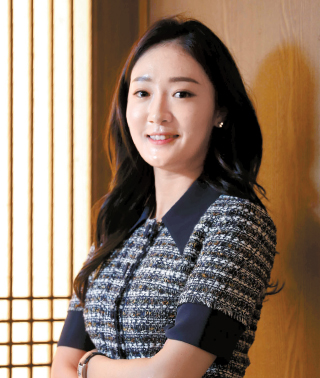 Oh Ji-hyun poses for a photo at the InterContinental Hotel on Nov. 27. [KIM SANG-SEON]

Although the 2018 season was dominated by rookies Choi Hye-jin and Lee Jeong-eun, Oh stayed in contention throughout the season, finishing second in the Player of the Year points standing, third in the money ranking and third in average scoring.

In June, Oh won the Korea Women’s Open and in August she added another victory at the Jeju Samdasoo Masters.

“If I were to evaluate myself, I would give myself about 85 to 90 percent out of 100,” Oh said. “I’m a little disappointed that I didn’t finish strong, but it was a year where I learned a lot.”

Just as Oh said, the 2018 season was a little more meaningful for her than previous seasons: for the first time, she played through the season with a professional caddie instead of her father.

“He’s the most important person in my life,” Oh said, referring to her father, not the caddie.

Oh’s father was the biggest influence in her career as he took her to a nearby driving range in sixth grade. This was when Oh started to fall in love with golf. Once she started playing golf, Oh made about 1,000 practice swings a day with a baseball bat. She practiced until her hands were covered with blisters.

And her hard work paid off, as she earned a spot on the national team in ninth grade.

Oh’s father has been by her side throughout her entire career - he even quit his job to support her. When Oh turned professional in 2014, her father became her full-time caddie.

But this season Oh’s father was rooting for her from the audience.

“I have a good relationship with my dad,” Oh said. “But towards the end of last season [2017], he told me that he didn’t want to fight with me anymore. During a tournament, we tend to have arguments so I think he felt that it was ruining a good father-daughter relationship.”

Although Oh’s father quit his job as her caddie, he still joined her at every tournament this season to cheer for her.

On the KLPGA Tour, Oh is known as a smart golfer. She is currently a senior at Korea University where she studies international sports. She has had to balance academics and golf throughout her collegiate career. Recently, she said she has been focusing heavily on taking classes related to sports marketing.

“Normally, I read to relieve my stress,” Oh said.

Although Oh had her best season on the Tour in 2018, she believes that she still has a long ways to go to become the top player. She hopes that one day “Oh Ji-hyun” will be the first name people think of when they hear the name “Ji-hyun.”

Ji-hyun is a common name in Korea: including Oh, there were four golfers named “Ji-hyun” on the Tour this season. Throughout 2017, the four “Ji-hyun” won seven tournaments. Oh considers the three other Ji-hyuns her biggest competitors.

“I want to become the best golfer among the girls named Ji-hyun,” Oh said.

As well as that long term goal, Oh hopes to win three tournaments next year.

“This season, I won two tournaments. Next season, my goal is to win three,” Oh said.