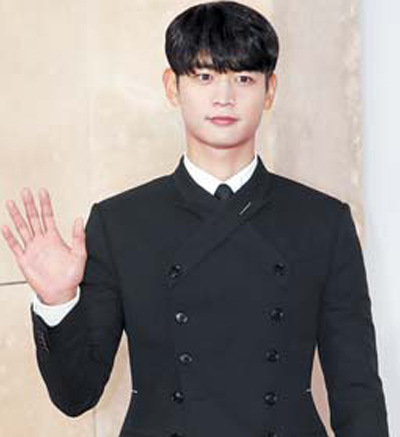 Minho, a member of the boy band SHINee, was rushed to the emergency room Sunday after suffering an injury to his face, said SM Entertainment on Monday.

On Sunday, debris from a special effect for a scene from the movie “Jangsari 9.15” (working title) hit the singer’s face. He was immediately sent to an emergency room nearby and taken care of, according to the agency.

“He was already scheduled to take some days off, and so we’ll have to see how things go and whether the schedule needs to be changed,” said SM Entertainment.

“He will be taking part in the shooting of the movie after treatment and rest.”

“Jangsari 9.15” is a movie based on the early stages of the Korean War (1950-1953), when Gen. Douglas MacArthur succeeded in retaking the port city of Incheon.

Minho plays the role of Choi Seong-pil, a leader of student soldiers.