San E gets hostile at 1st concert since ‘Feminist’

San E gets hostile at 1st concert since ‘Feminist’ 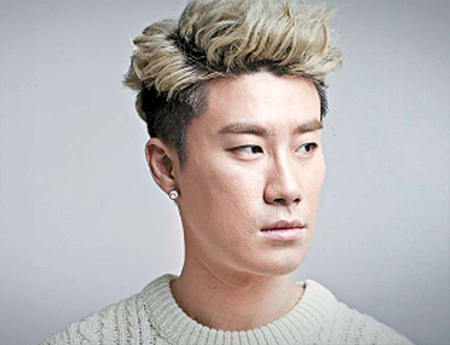 
San E made his first official appearance Sunday after he released his anti-feminist song titled “Feminist” earlier in November. It didn’t go over well.

On Sunday, singers and rappers from Brandnew Music took part in the company’s end of the year Brandnew Year 2018 concert at SK Olympic Handball Gymnasium in southern Seoul. Around 5,000 people attended.

According to testimonies on the internet, fans stopped cheering when San E came up on the stage, and the rapper asked, “Do you hate me?” When the crowd answered “Yes,” San E continued, “I like you. Why do you hate me? Let’s love, not hate. Holler if you agree with me.”

According to testimonies, the crowd kept their silence. When an audience member threw a stuffed toy covered in insults on it at San E, he shouted “I have something to tell all of you Womad and Megal,” referring to two of Korea’s largest radical feminist online communities. “I don’t give a [expletive]. Womad no, Feminist no. You’re all mentally deluded,” said San E.

The atmosphere became tense when the rapper said a few more aggressive remarks and then stepped off the stage. The remarks were mostly aimed at the crowd, but some were addressed at rapper Jerry.k, who had criticized San E for “Feminist.” After the final performance of the concert by other stars, Rhymer, a rapper and president of Brandnew Music, came up on the stage to apologize for San E’s remarks.

“We apologize to anyone who was offended during the performance,” said Rhymer. “All the artists at Brandnew Music have different thoughts.”

On Nov. 16, San E uploaded a song called “Feminist” on YouTube. In the song, he says that he supports feminism, but discussed hot-button gender issues from a strictly male point of view. Heated reactions immediately came from both sides, including harsh criticism from rapper Jerry.k, who responded with the track “No You are Not.” San E came out with a follow-up track the next day titled “6.9cm.”

Sunday’s comments from the 33-year-old rapper may not be a surprise considering the position that he initially took with “Feminist,” but apparently goes against his own position that he stated on Nov. 19. After controversy ensued, he explained that the song wasn’t intended as a call-out against feminists, but actually was meant “to criticize those who say they ‘respect’ feminists, gender equality and women while acting otherwise.”