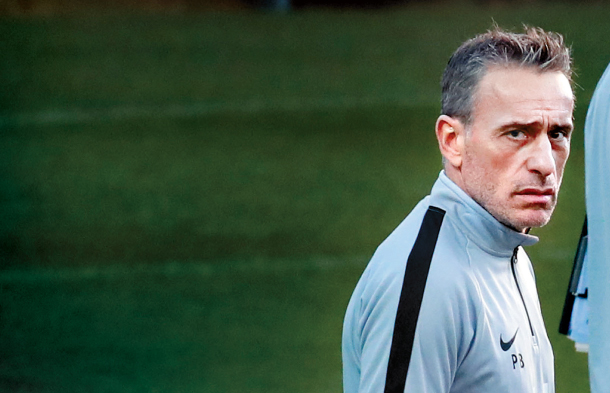 The 2018 football season may have ended in Asia, but Korea’s best and brightest have no time to catch their breath as the national team will be called up next Tuesday.

Bento’s call-up is two weeks earlier than scheduled and the roster mainly consists of players that play in the Chinese, Japanese and Korean leagues.

The players will start their training in Ulsan next Tuesday. After nine days of training, Bento is scheduled to announce the final roster for the Asian Cup on Dec. 20.

While Bento kept the majority of his existing lineup, he invited five players to training to test out some different options before finalizing the roster.

Of the five, Kim Jin-soo of the Jeonbuk Hyundai Motors will be making his first appearance under Bento. Although Kim was a regular on the national team, he was unlucky when it came to competing at the FIFA World Cup. Kim had to miss the past two World Cups due to injuries immediately before the final call-up.

After recovering from his injuries in the summer, Kim was unable to catch Bento’s eye to regain his spot in the national team. The training session in Ulsan will be his first chance to prove to the new boss that he deserves a spot on the squad at the AFC Asian Cup. With Jeonbuk this season, Kim scored one goal in seven matches. Kim has 34 caps for the national team.

Other than Kim, Bento once again looked to add some younger legs to the team. Bento added Han Seung-gyu of Ulsan Hyundai, Jang Yun-ho of Jeonbuk, Kim Joon-hyung of Suwon Samsung Bluewings and Cho Young-wook of FC Seoul to the training roster.

This is the first time that all four players have been called up for senior national team training.

Of the four, Kim’s addition is the biggest surprise. While the three other players have experience in the national youth teams, Kim has never made an appearance for Korea at any level. Even more surprising, Kim is only a second year professional in the K league. Although he joined Suwon in 2017, it wasn’t until this July that he made his K League debut. Kim played in five matches with Suwon this season.

Han will make his senior team debut after a strong finish in the K League this year. With five goals and seven assists in 31 matches for Ulsan this season, Han won the K League’s Young Player Award during the 2018 K League Awards on Monday. In seven caps with Korea’s U-23 national team, Han has scored three goals.

None of the players currently playing in European or Middle Eastern leagues were added to the training roster as they are currently still in season.

Since being appointed as head coach in August, Bento said his goal was to lead Korea to win the 2019 AFC Asian Cup. The Taeguk Warriors haven’t won the tournament since 1960.

Under Bento, Korea hasn’t lost a match, collecting three wins and three draws in six friendly matches. Bento got off to a strong start with a 2-0 win against 36th ranked Costa Rica and a scoreless draw against 13th ranked Chile. Bento’s boys pulled off another upset against seventh ranked Uruguay, winning 2-1. Although Korea settled with draws against lower ranked teams - Panama and Australia - Bento finished the November friendlies strong by defeating Uzbekistan 4-0.

Since August, Korea has moved up four spots in the world ranking and is now No. 53. Korea is the fourth ranked team among AFC nations, after Iran, at No. 29, Australia, at No. 41, and Japan, at No. 50.

The AFC Asian Cup is scheduled to run from Jan. 5 to Feb. 1. Korea is assigned to Group C along with world No. 76 China, No. 114 the Philippines and No. 91 Kyrgyzstan. Korea will start the tournament with a match against the Philippines at Al Maktoum Stadium, Dubai on Jan. 7.

The team is scheduled to depart for the UAE on Dec. 23 and will play a friendly match against Saudi Arabia in Abu Dhabi on Dec. 31.