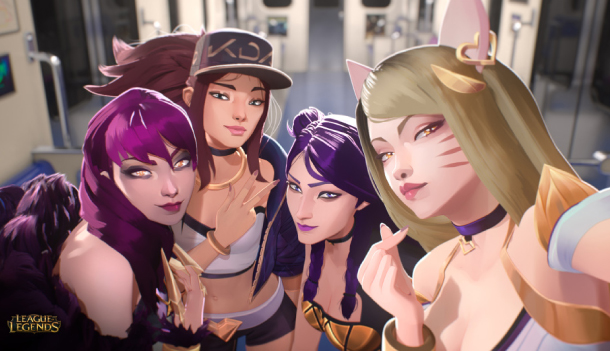 They might not be real, but their popularity sure is. The music video for virtual girl group K/DA’s song “Pop/Stars” reached 100 million views on YouTube within a month of its release, according to Riot Games Korea on Tuesday.

The song garnered over 20 million views within four days of its release, reaching No. 1 on the U.S. iTunes K-pop chart and No. 4 on the pop chart along the way.

“Pop/Stars” was first performed on Nov. 3 during the opening ceremony of the final round of the 2018 League of Legends World Championship held in Incheon.

Singers Miyeon and Soyeon from girl group (G)I-DLE, Madison Beer and Jaira Burns performed the song on stage alongside augmented-reality images of the members of the virtual group K/DA projected on screen.

K/DA is comprised of four characters from the League of Legends online game developed by Riot Games, and is the first group with game characters as its members.

Riot Games will continue to explore into new content, including its plans to publish a comic series in partnership with Marvel Comics. Preorders can be made starting today, and sales will go on Dec. 19 online.