San E lashes out against the media

San E lashes out against the media 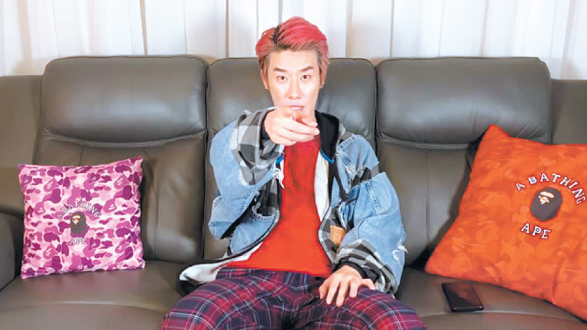 Rapper San E posted a video to YouTube early Wednesday morning stating that he will be taking action against those who have mocked and humiliated him.

In the video, San E calls out television channel SBS, saying that they “made fake news to make me a misogynist rapper.”

“What I spoke of was gender equality, and there would have been a witch hunt against me by the fake news had I not uploaded this video [of the concert],” continued San E.

On Sunday, while performing at the Brandnew Year 2018 concert, San E hurled insults at the audience while performing, apparently upset at the fact that the crowd stopped cheering when he stepped on the stage.

The initial silent treatment was a reaction to the 33-year-old rapper’s anti-feminist attacks which started mid-November when he posted a song titled “Feminist.”

According to the reports that followed the concert, San E first asked the audience why they don’t like him, and said, “Let’s love, not hate.” But when that strategy didn’t go well, he resorted to saying, “I don’t give a [expletive]. Womad no, Feminist no. You’re all mentally deluded.”

“We apologize for everything that happened with the ‘Brandnew Year 2018’ concert, to everyone who felt uncomfortable with what happened. We will take care to make sure that nothing like this ever happens again,” wrote the agency.