No country for old men

No country for old men

LEE ESTHER
The author is a welfare issues reporter of the JoongAng Ilbo. 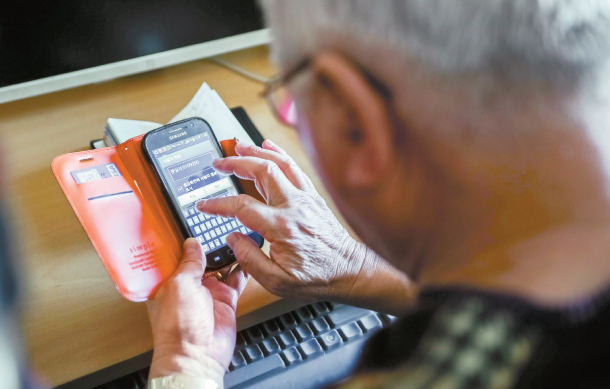 “Yes, I am what you call ‘an old man with dentures’ in my 60s, but I don’t envy young people at all. The older generation has more money and has learned more than you!” wrote an online user.

As the world rapidly turns digital, old people complain that they are excluded from digital life. More than 1,500 comments were posted on a JoongAng Ilbo story covering this issue on Nov. 29 — this story was also translated in the Dec. 4 issue of the Korea JoongAng Daily under the headline, “Automated Korea is no country for old people.” The young and the old have differing views on digital exclusion: young people, who are accustomed to resolving everyday issues on smartphones, find the digital world easy and intuitive.

But old people are walking a thorny path. The level of IT device and internet usage of people over 55 is 58.3 percent of the national average. Some people in their 40s complain that technology is developing too fast to catch up. On the digital alienation of elderly people, many youngsters sympathize as their parents often ask them to connect the Wi-Fi network to their smartphone or help them buy train tickets.

But some young people say that just as the old demand they “work harder” and make money, the latter ought to work harder to learn. The criticism leads to generational discord. Old people say, “you will also get old.” Seoul National University’s sociology professor Kwak Geum-ju diagnosed that older individuals suffering from digital alienation often have baseless anger toward the young as they think society is focused on the young, and they feel neglected.

63-year-old Lee Hyeon-suk couldn’t swallow her anger as she talked about how she struggled at an unmanned cafe kiosk and how a young woman glared at her. “It was my first time using the kiosk, so I pushed the wrong buttons. A young student behind me sighed, so I was rushed even more. I was so upset that I’d rather just not eat.”

If old people who are digitally illiterate are separated from society, the generation gap may intensify. If baby boomers born between 1955 and 1964 join the 65 and over age group, digital illiteracy would somewhat improve. But the older generation did not have time to get used to digital life. As the number of old people over 75 increases, they will feel more digitally estranged.

Old people living alone and old couples should be taught how to use digital devices. When it comes to reserving public services like trains, older people should be allocated a quota. Technology for convenience should not divide us.