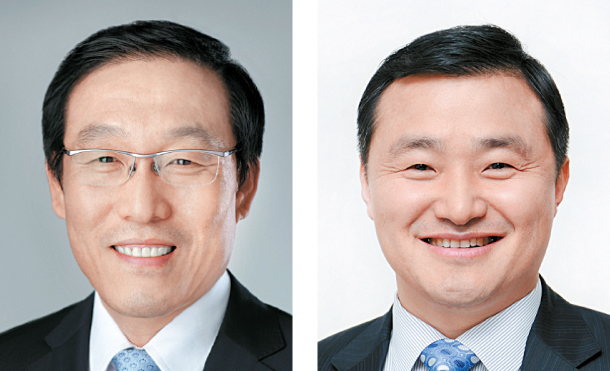 The CEOs of Samsung Electronics semiconductors, smartphones and consumer electronics divisions all kept their jobs in the company’s annual corporate reshuffle announced Thursday.

Kim Ki-nam, head of Samsung’s device solutions division, which includes semiconductors, retained his position but has been promoted from president to vice chairman. Samsung’s semiconductor business has seen operating profit grow for the past 11 quarters as of September.

The other two division heads - Koh Dong-jin of IT and mobile communications and Kim Hyun-suk of consumer electronics - were reappointed as CEOs and will retain their current president job titles.

Roh Tae-moon of the IT & mobile communications division was promoted from vice president to president and will continue to head the smartphone development team. Roh has been at the core of technology development for Samsung’s Galaxy smartphone brand since the range was first introduced.

For a company well known for rapidly exchanging executives based on performance, the minor superficial changes at the top made this year suggest that Samsung is shifting instead to put more weight on stability rather than expansion next year.

The company already went through a major generation change last year when it laid off older executives to replace them with younger ones. A total of 14 top executives were reshuffled at the time. Samsung said in a statement on Thursday that it “re-appointed business executives from last year to realize ‘innovation within stability.’”

The drive for stability also comes at a time when Samsung faces several uncertain factors that analysts say will halt this year’s rally of record profits. The global chip market, which has been on an unusually long supercycle over the last few years, is anticipated to slow down in 2019.

Outlooks on the global economy are also grim due to the remaining risk of the United States and China continuing their trade war.

Samsung also stuck to its performance-based HR strategy by heavily compensating executives and managers in the device solutions division, including CEO Kim Ki-nam.

Kim has been heading the semiconductor business at Samsung since December 2014. Under his lead, the company celebrated the last two years as the No. 1 chip manufacturer in the world. Chips were also a major contributor to Samsung’s record-high quarterly profits this year.

Kim wasn’t the only one to be rewarded. Among a total of 158 senior executives promoted at Samsung, including those below president, 80 were from his division.

Samsung employees in the device solutions division will receive bonuses between 300 to 500 percent of annual wages. Even external partners and suppliers for the division will reap incentives this year of up to 89.7 billion won ($79.8 million) in total.

Meanwhile, this was the first time in three years that Samsung Electronics has released annual reshuffle results at the year’s end - a sign that Samsung is getting back on its feet after Vice President Lee Jae-yong’s return from prison in February.

There were no annual reshuffles at all in 2016 when Lee was investigated for bribery charges regarding former President Park Geun-hye. It was only in October last year that the company announced a reshuffle plan among top executives.

Other Samsung affiliates announced annual reshuffle results on Thursday. Samsung C&T Vice President Kim Myeong-soo was promoted to president. He was in charge of the task force in charge of improving competitiveness in engineering, procurement and construction.

Vice Chairman Lee’s sister Lee Seo-hyun was appointed as chairman of the Samsung Foundation, which conducts social welfare projects. She was formerly president of the fashion division at Samsung C&T.