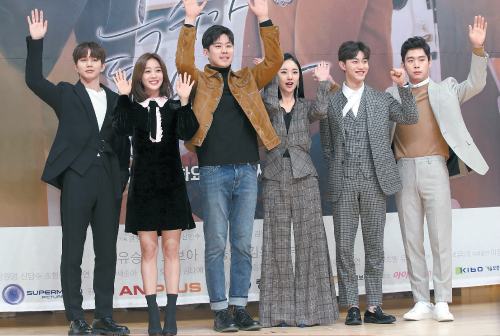 From left, actors Yoo Seung-ho and Cho Bo-ah, producer Ham Joon-ho, actors Park Ah-in, Kwak Dong-yeon and Kim Dong-young attend a press conference for the upcoming SBS series “My Strange Hero.” The show tells the story of Kang Bok-su, played by Yoo, who goes back to his high school to get revenge after being expelled for abusing students - which he says he did not do. Instead, he gets involved in unexpected incidents. [NEWS1]