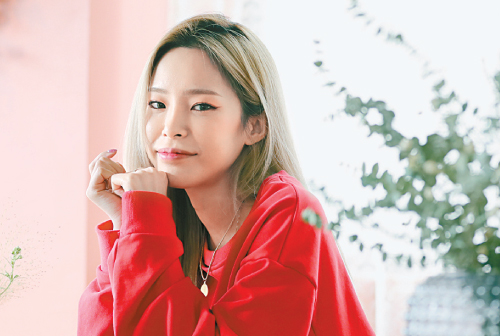 Singer-songwriter Heize is returning with a new single on Dec. 14 after a nine-month hiatus.

On Friday, the singer unveiled a teaser image for her upcoming single “First sight” through social media featuring the singer wearing a blue dress on snow.

The song is a follow-up to the release of her album “Wind” in March. She swept the charts with the songs “Jenga” featuring singer Gaeko and “Didn’t Know Me.”

The singer debuted in 2014 with the EP “After I’ve Wandered a Bit.” She gained attention through her appearance in the second season of Mnet’s “Unpretty Rapstar” in 2015. She is known for her hit songs “Don’t Come Back” (2016) featuring singer Yong Jun-hyung and “You, Clouds, Rain” (2017) featuring singer Shin Yong-jae.