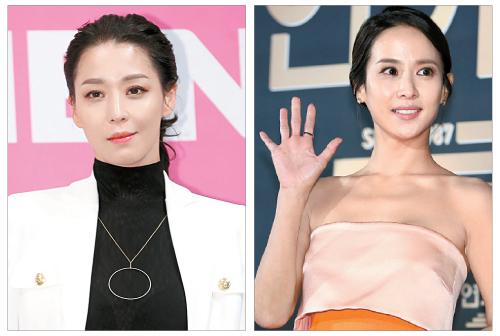 The agencies of actors Han Go-eun and Cho Yeo-jeong released official statements on Friday in response to fraud allegations made against both of their parents.

On Thursday, local news outlet News1 reported that, in the 1980s, Han’s parents borrowed money as collateral from a woman in her 60s and did not return it to her.

Han’s agency, MADA Entertainment, responded a few hours later, saying that Han has not been in contact with her father for over 20 years except on two occasions - during her father’s wedding and during her mother’s funeral.

“Han has struggled ever since she immigrated to the United States and her father neglected his family,” the agency said. “She has not received any support from her father since.”

On the same day, local news outlet Sports Kyunghyang reported that Cho’s father had borrowed around 300 million won ($268,419) from a neighbor 14 years ago and never gave it back. According to the alleged victim, the actor’s father, who was an old friend, borrowed the money to build a sanatorium.

“Cho’s parents got divorced long ago due to debt issues,” the agency announced. “After that, Cho’s has been unable to contact her father, so we are unable to [resolve the issue.] We will try to resolve this as soon as possible.”