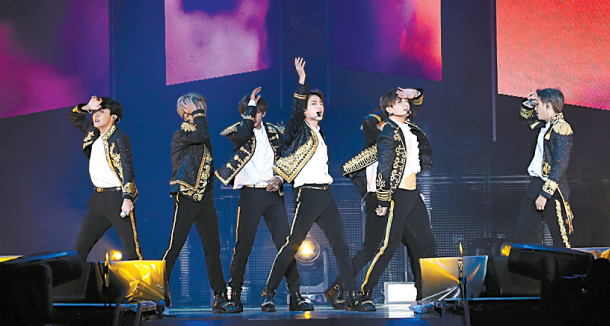 A critic at the New York Times chose songs by two Korean groups as part of his selections for the newspaper’s “The 65 Best Songs of 2018.”

Jon Caramanica, pop music critic at the New York Times, chose two songs by boy band BTS - “Fake Love” and “Singularity” - as the 20th place pick for his list. “Fake Love” is the title track off of the group’s third album, “Love Yourself: Tear,” and was ranked 10th on Billboard’s “Hot 100” list in May. “Singularity” is a solo track sung by group member V, off of the same album.

Girl group Blackpink’s song “Ddu-du Ddu-du” came in at 31st on Caramanica’s list. The hit song was the first single off of the group’s “Square Up” EP, which was released in June.

The New York Times Magazine also honored actor Yoo Ah-in on its “The Best Actors of 2018” list for his work in the movie “Burning.” The magazine described Yoo as “a big, charismatic star” who achieves “a kind of sleight of hand, conjuring a state of bemusement that deepends into anomie” through the character he plays in the movie. “Burning” was chosen as the No. 2 most inspiring movie of the year by a movie critic at the same newspaper.