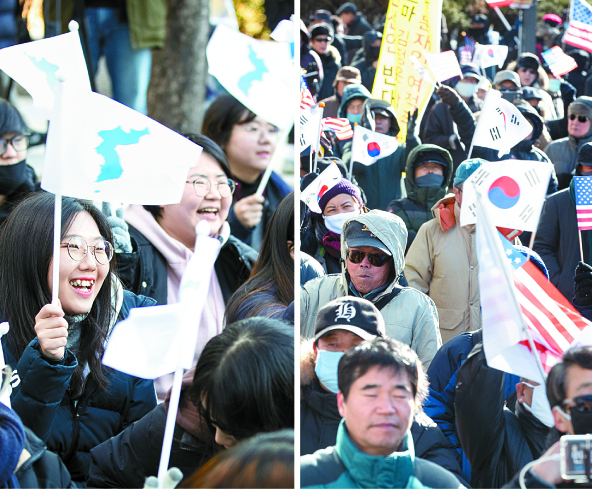 Pyongyang has yet to confirm whether its leader Kim Jong-un will visit Seoul by the end of this year, the Blue House announced on Sunday.

Yoon Young-chan, President Moon Jae-in’s secretary for public affairs, told Blue House correspondents in a text message that there wasn’t “any progress” made between the two Koreas on Kim’s hoped for visit to Seoul, and that the Blue House had “nothing to announce” at the moment with regards to the subject.

In the Pyongyang Declaration, signed by Kim and Moon on Sept. 19 during their third summit in Pyongyang, Kim agreed to visit Seoul “at an early date” at the invitation of Moon. The Blue House chief later explained to reporters that the words meant “by the end of this year,” unless “special circumstances” arose.

A high-level Blue House official who spoke on condition of anonymity on Sunday explained that Seoul has asked Pyongyang to answer whether Kim will visit the South Korean capital this month, and it was still waiting for a response.

“North Korea will have to consider a lot of things for [Kim] to visit [Seoul],” said the high-level source. “Considering that, [the Blue House] is calmly waiting for North Korea’s judgement and decision.”

The official continued that Seoul was preparing for Kim’s visit to Seoul nevertheless in case it is confirmed at the last minute, but stressed that the Blue House wasn’t “in a situation where we can predict when he might come or nail down” a precise date.

The high-level Blue House official noted that Moon and Kim haven’t phoned each other yet on their direct telephone line, which was connected in mid-April before their first summit on April 27.

A third Blue House source expressed anxiety that North Korea might not give enough time for Seoul to prepare for Kim’s visit to the country, saying if he does come on short notice, the Blue House may not be able to secure a press center for domestic and international reporters to cover the event. Hotel accommodations could be another issue as well, the third source pointed out.

Blue House officials have explained that Pyongyang will have to inform them at least seven to 10 days before Kim’s arrival in order for summit preparations to go smoothly. That means if Kim were to visit Seoul on the last day of the month, Seoul would need confirmation from the regime by Christmas Eve at the latest.

A lot of that preparation will likely go towards security.

A South Korean government official said on Sunday that Kim ignored his closest aides when he made the decision to visit Seoul by the end of this year. For him to actually visit the South Korean capital, his bodyguards and top security officials will need “200 percent confidence” that the leader would be safe during the trip. For that level of assurance, both Koreas will need to invest a lot of time on inspecting safety side-by-side, the government official said.

Local authorities believe that a team of bodyguards named Unit 974 protects Kim up-close, while Unit 963 protects him from afar. For Kim’s visit to Seoul to be realized, bodyguards in Unit 974 will have to personally visit South Korea and plan Kim’s travel route with Blue House security.

Jung Chang-hyun, a North Korea expert who heads a Korean history institute, said Pyongyang could be calculating the plus and minuses of Kim’s visit to Seoul, given that the first visit to the South Korean capital by a North Korean leader would need to lead to a historic outcome worth promoting back home.

Or it could be that Seoul and Pyongyang are wrangling over a draft declaration to be proclaimed after Moon and Kim’s fourth summit, Jung surmised.

Seoul essentially hopes that a fourth summit between Moon and Kim will restore momentum to stalled denuclearization talks between Washington and Pyongyang.

Meanwhile, South Korean military officials said on Sunday that a North Korean object presumed to be a helicopter flew southward towards the North Korean border town of Kaesong on Saturday morning, noting it was a rarity. The object, which flew at a low speed, did not cross into South Korean airspace, however, neither did it trespass into a no-fly zone agreed to by both Koreas in a military pact signed on Sept. 19.

A South Korean government source said local military authorities did not detect any “dangerous elements” in regard to the flight, but placed South Korean combat planes on standby nearby according to South Korea’s military response code.