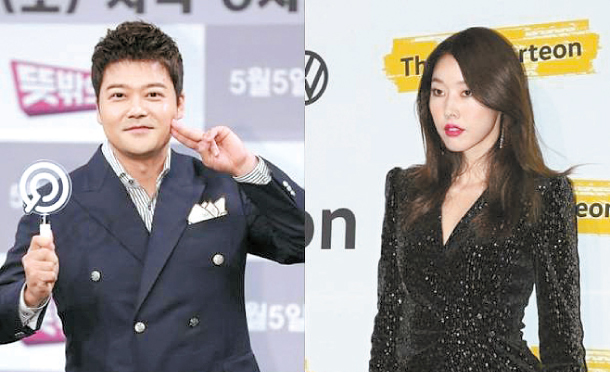 After a weekend of reports saying otherwise, entertainer Jeon Hyun-moo and model Han Hye-jin denied rumors that they were breaking up on Monday.

Jeon’s agency, SM C&C, released a statement saying that rumors were not true and that the two are still dating.

The statement comes after local news outlet Ilgan Sports reported on Monday morning that the two - who met on the popular MBC reality television show “I Live Alone” - are parting ways.

The rumors first surfaced over the weekend, when several media reports pointed out the couple’s awkward reactions to each other during a recording of the show.

While the latest episode was taping Friday night, the cast was separated into two teams to make calendars - Han and entertainer Park Na-rae were one team and Jeon, actor Lee Si-eon and artist Kian84 were on another team.

According to Ilgan Sports, several people have reported to the news outlet over the last month that the couple had been going through relationship issues for a long time.

Han and Jeon’s relationship became public in February, and ever since, the couple has been known for their romantic chemistry on the show.