Trouble below the surface

Trouble below the surface

YUM TAE-JUNG
The author is a national news editor of the JoongAng Ilbo. 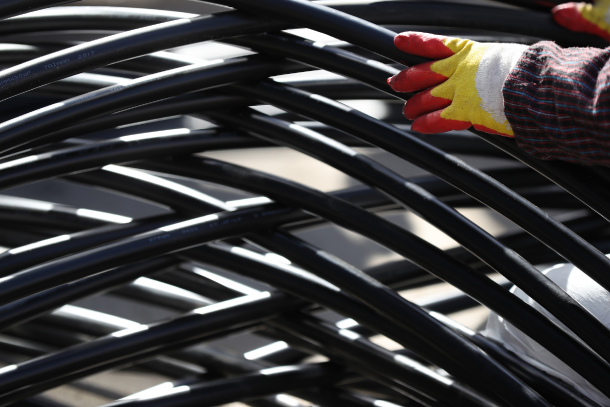 When the iron door leading to the underground cable tunnel was opened, black cables about 50-60 centimeters-thick (19.6-23.6 inches) were stacked up and stretched out. As I walked along the cables under the dim lights, I felt like I was in a movie. I thought I may be able to enter the world of Pellucidar by Edgar Rice Burroughs that I had read as a child. A KT employee who guided me during the visit said that it was one of the most important cable tunnels in Korea, and if a problem arose there, it would be a disaster.

The recent fire in an underground tunnel at KT’s switching center in Ahyeon, western Seoul, and the underground hot water pipe rupture in Goyang, Gyeonggi, reminded me of my visit to the underground cable tunnel in Gwanghwamun, central Seoul, more than 10 years ago. As our daily lives become more convenient thanks to the communication cables, hot water pipes and gas pipes, more structures are built underground.

In addition to infrastructure, underground development is expanding. Seoul is promoting underground spaces connecting Gwanghwamun, City Hall Station, Euljiro and Dongdaemun Digital Plaza. It is a project modeled after the Underground City in Montreal, the biggest of its kind in the world. The 32-kilometers-long (19.9 miles) Underground City has more than 1,700 stores as well as restaurants, theaters and museums.

While utilization and management of underground space has become more and more important, reality cannot keep up. Maintenance is under different agencies for different facilities, overseen by the Ministry of Land, Infrastructure and Transportation, the Ministry of Interior and Safety and local governments. They are not organically connected. When sink holes were spotted across the country in 2014, the government announced in April 2015 that it would build a comprehensive map of underground spaces by 2019 for the effective maintenance of facilities. Completion by next year won’t be feasible and it may not be possible until 2020 or later.

It is doubtful whether the comprehensive map will be accurate, as it is not entirely based on actual measurements. In addition to infrastructure, information on the soil stratum and rock formation are also necessary, and I wonder how much of this information is even available. The collapse of Sangdo Kindergarten in Seoul in September was caused by an ignorance of ground information.

While local governments legislate and form committees to manage underground spaces, their efforts may be limited. As recent disasters have shown, underground safety management systems on a national scale are urgently needed. Through an accurate understanding and management of underground information, we need to prevent underground facilities from becoming time bombs.