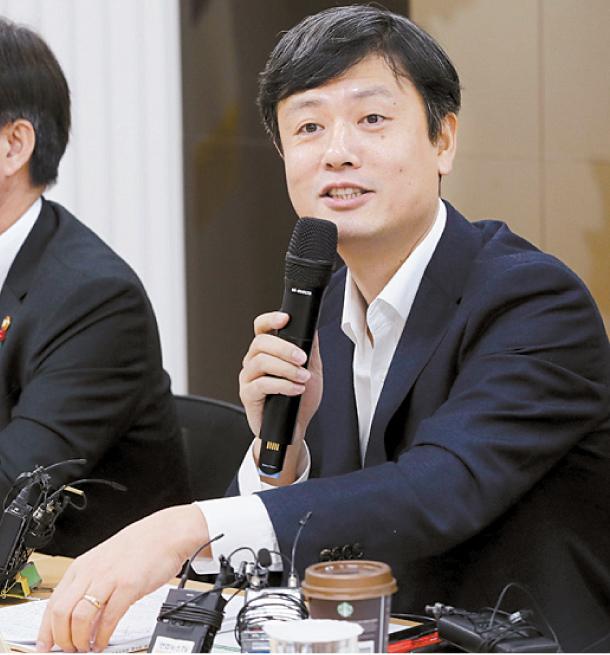 Chairman of the Presidential Committee on the Fourth Industrial Revolution Chang Byung-gyu on Monday. [YONHAP]

Korea will lead the health care industry by making full use of cutting-edge technologies, such as big data and artificial intelligence (AI), that are shaping the fourth industrial revolution, the Health Ministry said Monday.

The Ministry of Health and Welfare mapped out a blueprint with an aim of transforming the country into a global biotech and medical industry hub. The plan was finalized during meeting by a presidential committee on the fourth industrial revolution.

“Major changes are happening in the health care industry due to never-before-seen technologies,” Health and Welfare Minister Park Neung-hoo said. “The blueprint is focused on providing better service for the people.”

The committee has operated a task force comprised of officials from four different ministries and experts from the industrial sector to map out the comprehensive plan following concerns over a lack of a coordinated strategy and overlapping projects by government offices and relevant institutions.

“The committee is running the task force by focusing on the specific scope of the subject due to the criticism that [the government policy has focused on] the whole health care sector,” Chang Byung-gyu, head of the committee, told reporters.

He added that two goals - operating health care big data and developing new drugs by utilizing AI - will be key points of interest for the administration.

The ministry said it will expand investment in research and development in medicine, medical devices and cosmetics, as upwards of 940,000 new jobs could be created in these areas by 2020.

The global market for precision medicine, considered one of the centerpieces of the fourth industrial revolution, is forecast to log annual growth of 15.2 percent between 2021 and 2025.

Under the plan, the government will first push forward the establishment of health care big data that encompasses health and genetic data on people, including survivors of cancer, by 2021.

The government will also push forward a project to develop a drug platform based on AI and big data in an effort to speed up drug discovery.

The ministry forecasts the global health care AI market to log annual growth of 52.7 percent from 2016 to 2022.

The platform will eventually decrease failure rates in clinical, and downsize research and development costs in the process, officials said.

The researchers will work on the development of AI-supported platforms to search for possible candidate substances for new drugs that can precisely predict interactions between compounds, officials said.

The interaction between various compounds is an important consideration in both drug development and clinical application as it can help prevent potentially dangerous side effects.