Grandeur is likely to be 2018’s best-selling car

Grandeur is likely to be 2018’s best-selling car 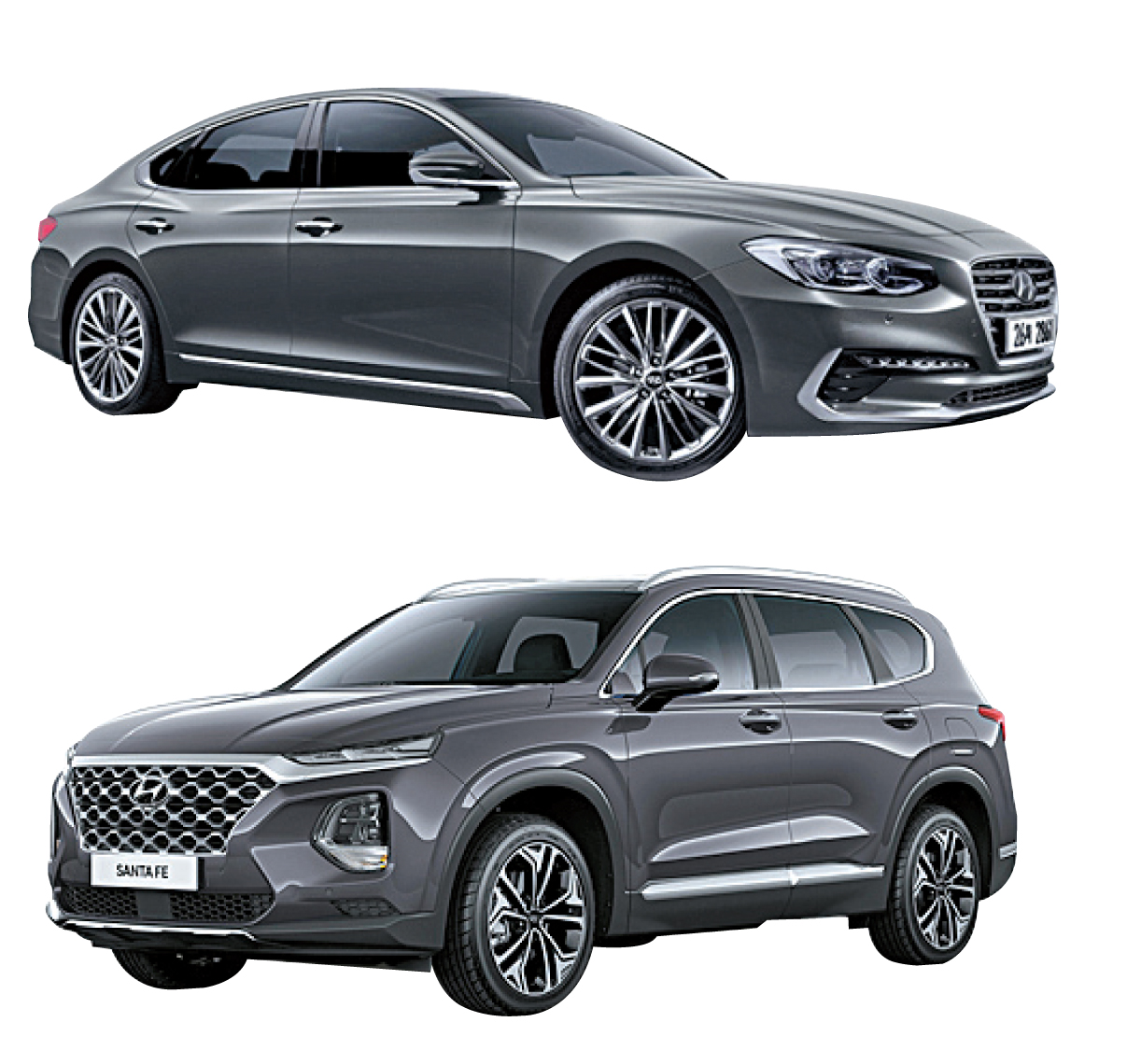 As a result of its successful attempt to attract younger drivers with a new design and cost effectiveness, Hyundai Motor’s large Grandeur sedan is likely to be the best-selling car in Korea for a second consecutive year.

Its hybrid engine largely contributed to the triumph.

The Grandeur IG sold a total of 102,682 in Korea units as of the end of November, becoming the first and only model this year to surpass the 100,000 mark.

The sales figure fell slightly, however, compared to the 123,000 units sold last year during the same period.

Hyundai Motor said the Grandeur’s hybrid engine towed sales for the model. In November, a total of 2,302 Grandeur Hybrids have been sold, the highest monthly sales since its launch. 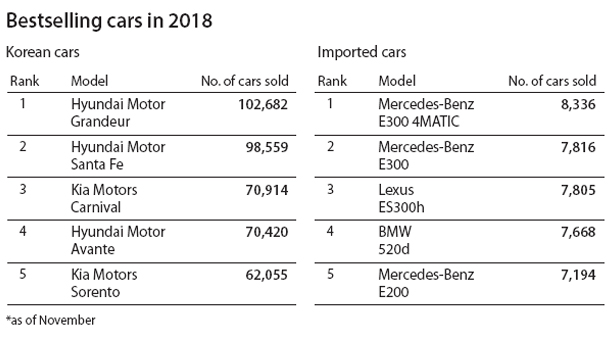 Closely trailing behind in second is Hyundai Motor’s large Santa Fe SUV, which climbed up eight spots from No. 10 last year.

Last year, the Santa Fe sold a total of 54,334 units in Korea. After launching a fully revamped version early this year and riding on a global trend to prefer SUVs, a total of 98,559 Santa Fes have been sold this year, according to the carmaker.

With the Grandeur pulling in the younger generation, its midsize Sonata sedan is losing ground.

The Sonata, which was either the bestseller or runner up for more than five consecutive years, tumbled to the third spot last year among all passenger cars in Korea.

This year, the midsize sedan tumbled to sixth, selling a little more than 60,000 units.

The top 10 spots were all taken by either Hyundai Motor or its smaller affiliate Kia Motors.

The other three Korean carmakers - GM Korea, Renault Samsung Motors and SsangYong Motor - struggled to sell their cars to Korean consumers. Internal issues and a lack of new vehicles has largely contributed to the automaker’s struggle.

It was Mercedes-Benz’s year when it came to imports. The E300 4MATIC line topped the ranks as of the end of November, selling 8,336 units followed by the E300 trim with 7,816 units.

In the third spot was Lexus’ hybrid ES300h, which sold 7,805 units. BMW’s 520d, which was the most popular import last year, was hurt by the burning engine crisis over the summer and fell to fourth spot with 7,668 units in sales.