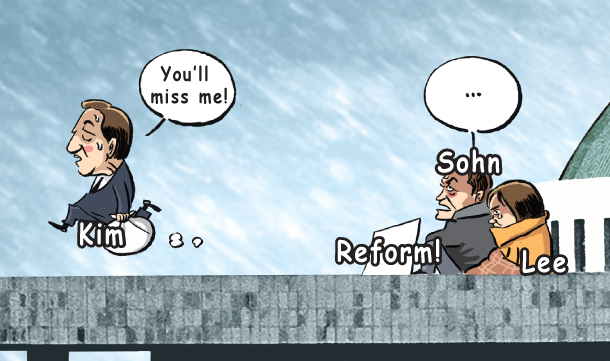 While leaders of minor opposition parties — Sohn Hak-kyu, chairman of the Bareunmirae Party, and Lee Jung-mi, chairwoman of the Justice Party — stage a sit-in to demand electoral reform, Kim Sung-tae, a three-term lawmaker and floor leader of the main opposition Liberty Korea Party (LKP), stepped down after serving his two-year term. He says he tried to help them while in office. The LKP elected Na Kyung-won, a four-term lawmaker, as its new floor leader.