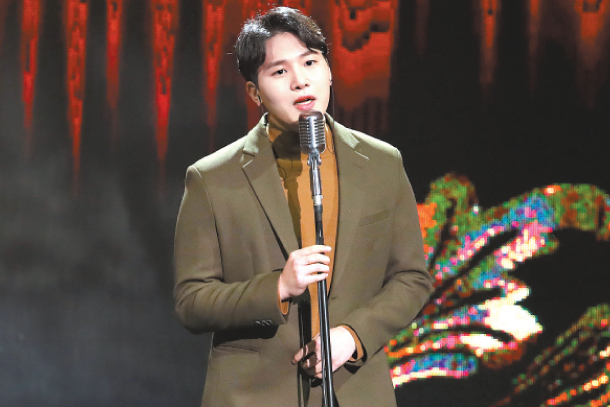 The group’s agency Label GHS unveiled a teaser image of the singer via social media on Tuesday.

“Starting with the upcoming single, [fans will be able to listen to] a different kind from music by Kim,” the agency said.

The song has been both written and composed by the singer himself.

Kim debuted as a member of MeloMance in 2015 with the EP “Sentimental” and the duo gained immediate attention for their soft yet strong vocals. The duo’s hit songs include “Gift” (2017) and “Tale” (2018).

This year, Kim also released the song “Different Place,” which he wrote and composed himself. He also appeared on the soundtrack for the third season of the web series “Love Playlist.”