Gov. Lee isn’t yet booted from the ruling party

Gov. Lee isn’t yet booted from the ruling party 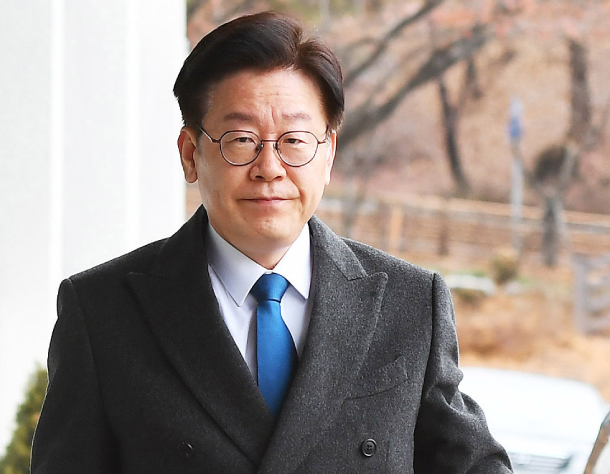 Leaders of the ruling Democratic Party (DP) on Wednesday announced that they will not expel indicted Gyeonggi Gov. Lee Jae-myung from the party over his indictment on three criminal charges earlier this week.

The party leadership said the governor’s voluntary resignation from all party posts was punishment enough.

On Tuesday, prosecutors charged Lee with one count of abuse of power and two counts of spreading false information. The governor wrote in a Facebook post Wednesday morning that he would no longer exercise his rights as a senior party member for the “sake of party unity.”

The besieged governor’s status in the party was under question long before prosecutors finally decided to indict him this week. The charges against Lee came after a five-month investigation into numerous allegations, such as forcibly admitting his older brother into a mental institution and lying at a candidates’ debate.

Lee’s critics in the ruling party - primarily supporters of President Moon Jae-in - demanded that he be expelled from their ranks. They argued that the accusations against him were draining the popularity of the Moon administration.

These calls were brushed aside by the DP leadership, including floor leader Hong Young-pyo. Hong said that a decision about Lee’s fate in the party would be delayed until the court reaches a verdict on his case.

“Governor Lee called me today to say he would serve as a regular party member until his trial is finished,” said DP Chairman Lee Hae-chan at the National Assembly after stepping out from an internal meeting with other party leaders. “Based on a number of different points, the supreme council has decided to accept his proposal.”

Analysts say party leaders’ decision not to strip Lee Jae-myung of his membership in the DP may be due to the fact that prosecutors lifted some of the most lurid accusations surrounding him, such as his alleged affair with an actress and his wife’s involvement in running a Twitter account used to defame his political rivals.

That the party did not expel South Gyeongsang Gov. Kim Kyoung-soo when he too was indicted earlier this year for his alleged involvement in an opinion rigging scandal may also serve as another reason. Punishing Lee would invite accusations of bias against the DP leadership.

Nonetheless, however much party leaders stress the importance of patience on the governor’s fate, their decision on Wednesday is expected to aggravate growing internal strife in the party.

Lee’s detractors, many of whom filed a petition for his removal to the party’s ethics committee last month, took to the party’s online forum to pan the decision. Some said they will continue to stage regular weekly protests outside the DP’s headquarters in Yeouido, western Seoul, until Lee is expelled.