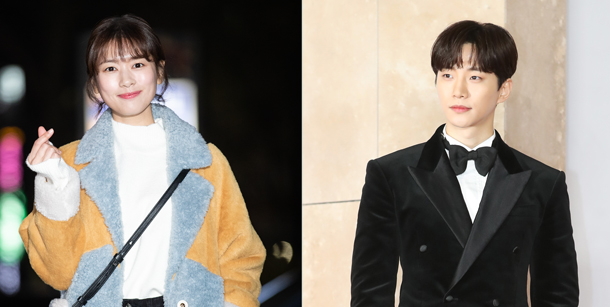 The historical comedy flick, which is set to premiere next year, features a romance between Heo-saek (Lee) - who becomes the first male gisaeng, entertainer, during the Joseon period (1392-1910) - and Hae-won (Jung), a bright and liberal woman.

Although Lee debuted in 2008 with the group 2PM, he has also pursued a career as an actor, appearing in films like “Twenty” and “Memories of the Sword” (2015).