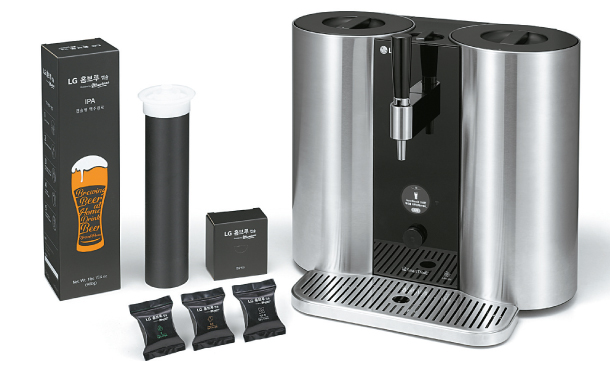 The LG HomeBrew, a capsule-based craft beer machine that does everything with the push of a button. Progress can be checked remotely via an app. [LG ELECTRONICS]

Koreans are increasingly ditching restaurants and take-out and opting for DIY solutions, using new, high-tech kitchen appliances that can do everything from frying chicken to brewing beer.

Air fryers, which fry with little oil, are one type of kitchen appliance selling fast. Around 300,000 units were purchased this year, nearly four times last year’s total, when only 80,000 units were moved.

“The domestic air-fryer market is currently valued at 60 billion won ($53.3 million),” said a spokesman for Philips, which introduced the world’s first air fryer in 2011. “The market for air fryers appears to be on the rise.”

Several factors have contributed to the growing popularity of air fryers and kitchen appliances in general. The recent introduction of the 52-hour workweek, for example, allows workers to spend more time at home and cook homemade food instead of calling for takeout. The rise of mukbang (a portmanteau of Korean words for “eat” and “room”) videos, which often show YouTubers cooking meals with high-tech appliances, are also thought to have contributed to the increase in sales of the labor-saving kitchen devices.

Recognizing the trend, domestic and overseas manufacturers are developing new appliances to enable consumers to make food at home, allowing them to do what would have otherwise been difficult or impossible.

On Tuesday, LG Electronics introduced the LG HomeBrew, a capsule-based beer-making machine that does everything at the touch of a button. 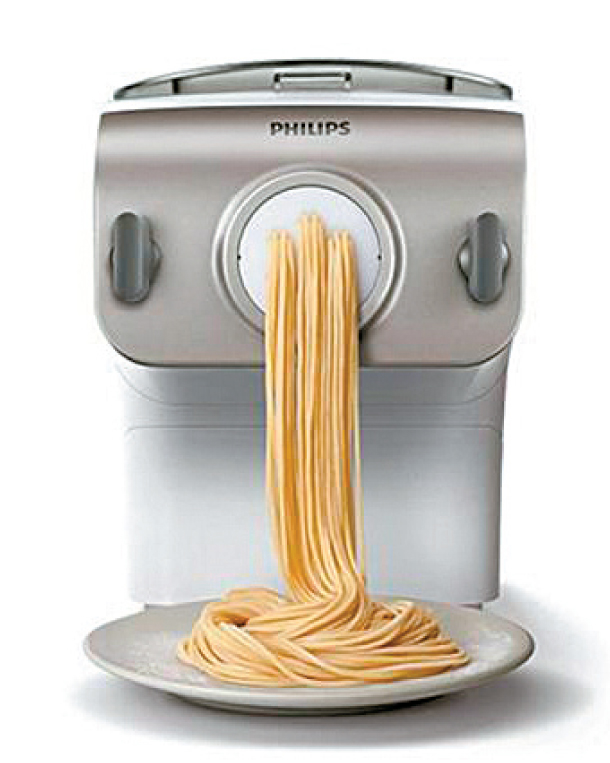 The Noodle Maker from Philips. [PHILIPS]

Users simply add water and insert the capsule. All steps, including fermentation, serving and cleaning, are automated with the HomeBrew. The machine also comes with a companion app for Android and iOS that lets users check the machine’s progress.

“We partnered with Muntons from Britain to develop the capsules, which contain premium malt, yeast, hop oil and flavoring,” said LG Electronics in a statement. LG will debut the machine at the Consumer Electronics Show next January.

Other gadgets help in the making of smoothies and ice cream at home. In April, domestic kitchen appliance maker Hurom launched the Hurom Diva juicer. It comes with three different filters, allowing for the production not only of juice, but also of smoothies and ice cream. Last month, all 1,500 limited Christmas-edition Diva juicers sold out the day they went on sale on a home-shopping channel.

An ice-cream maker from Australia’s Breville supports 12 different settings, allowing users to make a wide range of frozen desserts, including sorbet, frozen yogurt and ice cream. Hundreds of comments on Breville products, including a waffle maker, can be found on Korean online blogs.

The Philips Noodle Maker, which allows users to make noodles with various ingredients, such as vegetables, is a hit, as is a line of pasta makers from Italy’s Marcato that can produce everything from ravioli to macaroni.