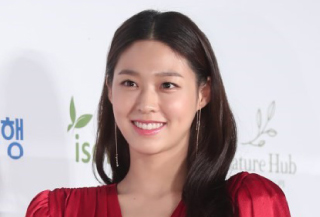 Seol Hyun from girl group AOA collapsed on the stage on Saturday and was rushed to the hospital, causing great concern among her fans.

On Saturday, Seol Hyun fell down on the stage while performing at “Fortnite Korea Open 2018” held at Hwajeong Stadium at Korea University in northern Seoul.

“Seol Hyun felt nauseous due to the gunpowder [that was used for the special effects] on the stage, and was rushed to the hospital,” said FNC Entertainment in a statement posted on the official fan club website on Sunday. “Seol Hyun is currently taking a rest at her house after she received treatment at the hospital.”

While the agency added that it will “take more care in the health of the AOA members” and apologized for worrying the fans, people were skeptical as to whether it was indeed the gunpowder that was the cause.

According to internet comments from fans who were present at the event and footage of the scene captured by fans, Seol Hyun had been staggering on the stage from the beginning of her performance and dry heaving.

When she finally fell down at the completion of her performance, she was helped up and led backstage. Member Jimin took the microphone and told the audience that she was feeling unwell “due to a bad cold.”

When fans expressed concern that the agency had pushed the star to take on too much work and had not been looking out for her health, the agency released a second statement later in the afternoon.

It offered an explanation more detailed than the first.

“She suffered from sudden hyperpnea because of the hot air indoors, while she was suffering from a cold,” said FNC.

“We confirmed with the event organizers that the special effects used on the stage used flames that are not harmful to the body instead of gunpowder,” it added.