[Debriefing] What is blockchain anyway?

[Debriefing] What is blockchain anyway? 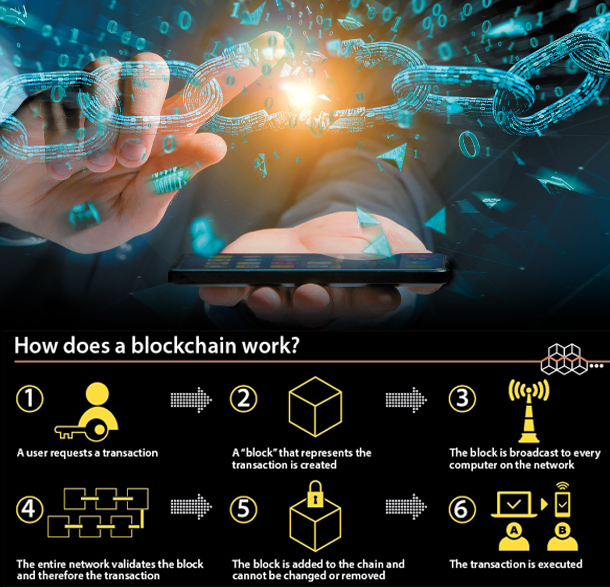 The media frenzy that surrounded cryptocurrency over the past two years, especially in Korea, dwarfed the technology behind it - blockchain.

As the cryptocurrency craze subsides, blockchain is now getting the hype, with companies and governments across the world rushing to announce their latest blockchain-based projects.

But what is a blockchain - and what can it actually be used for?

Here are the basics of how the technology works.

Bitcoin or any other cryptocurrency is the product. Blockchain is the system it runs on. No matter what happens to a cryptocurrency - its value goes up, goes down, it stops being worth the paper it wasn’t printed on - the process that made it will always exist.

And it turns out that this process can be used to do many more things than make cryptocurrency. According to Kent Babin, head of technology at communications agency Redhill, “any industry with a number of transacting parties that are reliant on an unimpeachable record of data could use blockchain.”

In practice, blockchain technology has the potential to not only revolutionize the world of finance, but also a huge number of industries from shipping and fulfillment to health care, and even gaming.

Q. So what is blockchain?

Blockchain is just a fancy way of describing a new kind of database. Unlike traditional databases, which store all information on a single computer or server, data on a blockchain is simultaneously stored across multiple computers. This decentralized system means that a blockchain cannot be changed without the agreement of a majority of the computers on the network, making it essentially immutable.

The immutability of a blockchain is the only reason cryptocurrencies work. As information is not stored in one place and cannot practically be changed, people are more comfortable investing in tokens, many of which we know as cryptocurrencies. Despite this, information on a blockchain is widely dispersed so it is not particularly private - the data is encrypted, but it can be traced with a bit of time and effort. Although blockchain-based cryptocurrencies are therefore not the best option for secret transactions, their permanence makes them an attractive investment option for a lot of people.

Blockchain technology is often described as facilitating “trust in a trustless environment” - essentially, it allows parties that would never normally be happy sharing information or working together to trust each other. It’s this aspect of the technology that has the most potential to be implemented in business and government. 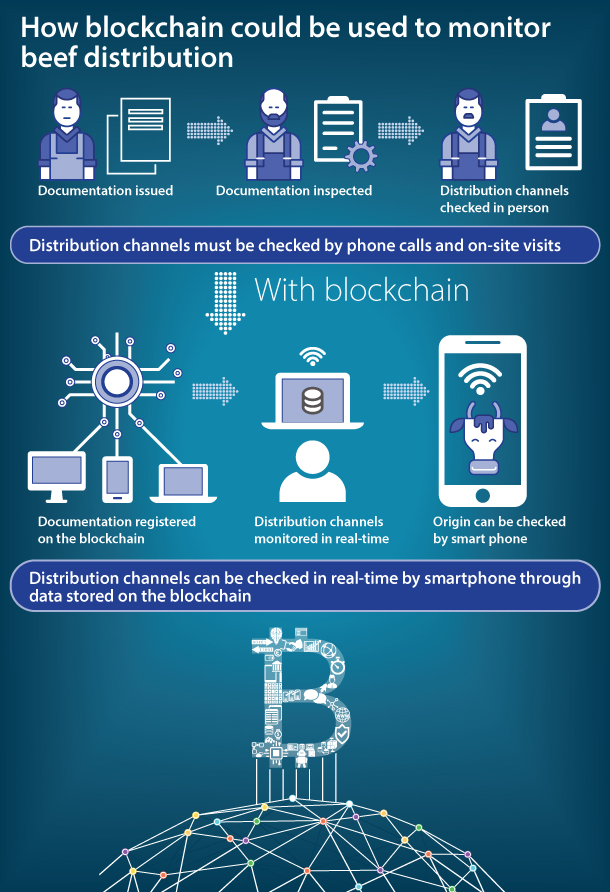 Q. Before this gets any more abstract, why don’t you give us a concrete example of another way blockchain could be used?

One of the simplest uses for blockchain technology is in contracts.

As a blockchain cannot be changed without the agreement of all parties, shipping companies like Hyundai Merchant Marine (HMM) are already looking at ways to use blockchain to enhance security and transparency in contracted transactions.

Companies working together generally have no real reason to trust each other, and in fulfilment businesses like shipping, they can often be rivals. Using blockchain to manage transactions not only makes the process transparent, but it also allows for goods to be reliably tracked. The system can also be programmed to automatically pay companies when a contract has been completed.

Before the blockchain system was implemented, companies were less willing to share information, and shipping companies like HMM would have had to go through a number of middlemen just to find out something simple like the location of a shipping container. Using the new system, every company with access to the blockchain can see exactly where goods are and what’s happening to them in a safe and secure way, saving time and money. This type of blockchain is private, so companies have to get approval in order to access it.

Blockchain can also be used to reassure consumers concerned about the origins or freshness of food. A sushi restaurant could use blockchain to record the provenance of the fish it uses so that customers can see exactly when and where it was caught. The same process can be used for other foods or even produce from a grocery store.

This is possible due to the most basic feature of blockchain - the database creates an unalterable record of transactions with each new entry. If everybody involved in every stage of the process - from catching or picking food to fulfillment and distribution - is logging their actions on a blockchain-based system rather than their own internal ones, a consumer would be able to access all this information within a few seconds via an app and know it was trustworthy. That said, this whole idea does rely on the assumption that the people inputting information at each stage of the process are being honest.

Before these blockchain systems were developed, there was no reliable, trustworthy way to access this information. Imagine how useful this could be when a certain food product is contaminated, as romaine lettuce was in the United States recently.

For a Korean example, restaurants are required to display the origins of certain ingredients, but there is no way for customers to verify this information. There is also no way for diners to know exactly how long it has been since their fish was caught, or exactly which farm their chicken came from. Blockchain can do that.

The Seoul city government is planning to introduce a blockchain system that securely manages medical records, allowing private hospitals to access records in real-time without patients needing to carry documents around with them between different facilities.

This kind of system would have to be a private blockchain that was hosted and stored on computers approved by the Seoul city government. It would still be decentralized, but only within those permitted computers, thus ensuring the privacy of the information. Hospitals will likely have to pay some sort of subscription fee to become part of the network.

Another area where blockchain has huge potential is when combining it with other technology. Blockchain could be used to store information learned by an artificial intelligence system, for example, allowing companies to share learning without having to worry about the security of their information. A similar approach can also be used with Internet of Things technology.

Q. So what is the future?

Blockchain aficionados argue that the potential applications for decentralized databases are virtually endless. Although blockchain itself is only the first generation of such technology, they argue that it could revolutionize how we handle data by creating an environment of trust that is currently lacking.

“Centralized entities control major aspects of our lives with little transparency,” said Babin. “We ultimately have to trust that they will do the right thing and that our governments will hold them accountable. All too often, though, we find that these entities aren’t doing the right thing. They are driven by the obligation to create shareholder value, which is often in direct conflict with our own interests and privacy.”

The solution: taking that information away from governments or big corporations and making it public - via blockchain.

That said, many experts recognize that blockchain in its current form is just too slow for most industries or applications - bitcoin can only process two or three transactions per second, while Visa can process roughly 1,700. The true value of decentralized databases will only really become apparent when the technology evolves beyond those limitations.

“Blockchain in its current iteration isn’t going to revolutionize much,” said Babin. “It’s still too inefficient and can’t store large amounts of data - only references to data stored elsewhere. Innovation will likely come that will make the necessary improvements, but the fundamentals will remain the same.”