Cut down on cars

Cut down on cars 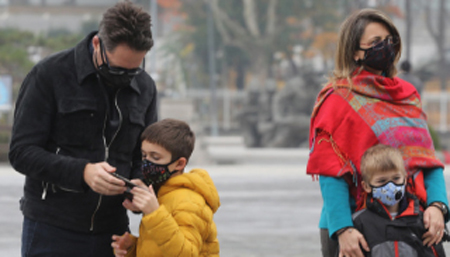 Tourists wear masks while visiting the War Memorial in Seoul due to a high level of fine dust in November. [YONHAP]

According to a survey earlier this year, one of the biggest concerns that Koreans have is fine dust. In fact, air quality in Korea is one of the worst among OECD member countries. In 2016, Seoul had 78 days with bad fine dust levels, almost two and a half months. Air pollution is the cause of various diseases and death.

The National Aeronautics and Space Administration and the Korean government’s joint research shows that the impact of pollutants originating from China on air quality in Korea is not as great as people think. The primary cause of pollution here is emissions from power plants, factories and automobiles. While it differs from popular understanding, the result is rather hopeful: Korea can work to reduce the causes of pollution. Seoul National University and National Cancer Center’s research shows that 25 percent of fine dust in Seoul, Incheon and Gyeonggi comes from automobile exhausts and 16 percent comes from industrial emissions. The data delivers a clear message. A reduction of automobile exhaust fumes will be effective in improving air quality.

Countries around the world have made efforts to improve air quality by controlling traffic. Paris restricts large vehicles from entering the city from 8 a.m. to 8 p.m. when pollution levels are highest. Oslo bans parking downtown. London imposes a 17,000 won ($15 euro) congestion fee on all vehicles that enter the center of the city between 7 a.m. and 6 p.m. After the fee was imposed, traffic in central London decreased by 30 percent, reducing fine dust emissions by 24 percent.

Whenever these cities discussed and introduced traffic control plans, they were met with fierce resistance from residents. However, they ultimately brought about constant improvement of air quality and decongestion.

Korea also needs to introduce a system to reduce automobile emissions, which make up a big portion of fine dust production. People and automobile-related industries could oppose restrictions on vehicle traffic. However, if the government rolls up its sleeves to improve air quality, the most certain first step is the pursuit of a reduction of traffic volume.