Members of Otto Warmbier’s family made a visit to Japan to address the human rights situation in North Korea. 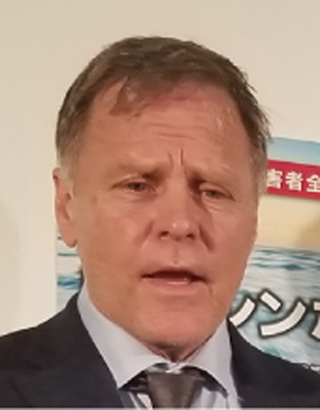 Warmbier was a University of Virginia student when detained in North Korea in 2016. In June 2017, he was released in a vegetative state after 17 months and died days later at the age of 23.

His father, Fred Warmbier, and younger brother took part in a symposium on international cooperation and the resolution of North Korean abduction cases. The symposium, sponsored by the Japanese government, was held in Tokyo on Saturday.

Fred Warmbier noted that Dec. 12 would have marked Otto’s 24th birthday, adding he is visiting Japan so as “not to forget the death of my son.”

During the event, Warmbier noted that North Korea may not want them to do anything about Otto’s death, but he recalled pledging to face the issue when his son died “in order to protect” him. He also expressed support for the families of Japanese citizens abducted by North Korean agents in the 1970s and ‘80s.

“As a victim of North Korean terror, I feel a kinship especially with the loved ones of the abductees,” Warmbier said during the symposium, attended by some 600 people including families of Japanese abductees.

The families of the abductees called for North Korean leader Kim Jong-un to return the victims.

Yoshihide Suga, Japan’s chief cabinet secretary and abduction-issue minister, likewise expressed regret that North Korea has not returned any abductee since five were released in 2000.

As Japan has not been able to make any progress in its negotiations with North Korea on the abduction issue, it has called for the United States’ support on the matter.

The United States has been pressuring North Korea on its rights record amid denuclearization negotiations.

The U.S. Treasury Department in a Dec. 10 statement noted that the latest action serves “as a reminder of North Korea’s brutal treatment of U.S. citizen Otto Warmbier.”