Park Sang-hyun finished the 2018 season by winning the Asian Tour rookie of the year on Sunday. 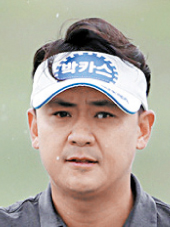 At the season ending BNI Indonesian Masters at Royal Jakarta Golf Club on Sunday, Park finished the tournament tied for 41st, shooting even par over the four days. Poom Saksansin of Thailand won the tournament at 20 under par. By earning $4,313, Park was good enough to finish second on the Asian Tour’s money ranking and top of the Rookie of the Year standing.

Although Park is considered a veteran on the KPGA Tour - as this was his first season as an official member on the Asian Tour, at age 35 - he was named the Rookie of the Year.