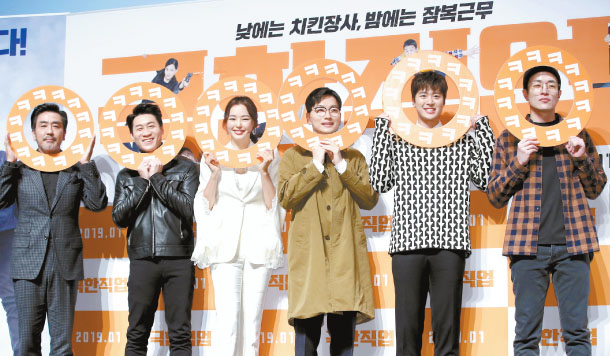 The director and cast of the upcoming comedy “Extreme Job” (translated) appear at a press event on Monday at the Apgujeong CGV in southern Seoul. From left are actors Ryu Seung-ryong, Jin Seon-kyu, Lee Ha-nee, Lee Dong-hwi, Gong Myoung and director Lee Byung-hun. The film revolves around a narcotics team whose undercover work at a fried chicken joint turns out to be more successful than their real jobs. [NEWS1]