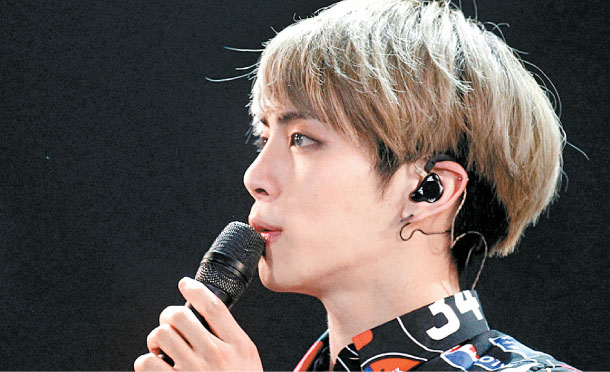 To mark the one-year anniversary of the death of SHINee member Jonghyun, the Shiny Foundation held a memorial event on Monday at COEX, southern Seoul, to celebrate the singer’s life and look back at the memories he shared with his fans and fellow stars.

The event began 7:30 p.m. at the SMTown Theatre COEX Artium with a 30-minute memorial service, followed by the opening of the event titled, “The story you left, the story we write.”

The foundation received submissions from fans and artists, including edited videos from Jonghyun’s last album “Story Op.2,” which came out in April 2017 and a video version of “Our Page,” a song written by Jonghyun.

Letters from fans containing words of love for the singer were accepted at the event as well.

Shiny Foundation was founded in September by the surviving members of Jonghyun’s family, with the singer’s mother standing as the president of the foundation. The organization’s mission is the prevention of suicide among artists in Korea, as well as assisting young artists launch their careers.

“We provide an opportunity for artists from diverse genres to flaunt their talents [publicly],” said the foundation. “We hope to console each others’ hearts, for everyone who shares Jonghyun’s pains.”

“Shiny” is the title of the lead track from “Poet l Artist,” a posthumous album that came out this year comprised of works that Jonghyun finished before his death.

The foundation, aside from supporting young artists without management agencies, plans to build a psychiatric therapy center to help young performers who have been hurt during the course of their careers.

The foundation, along with the Korea Music Copyright Association, also donated 10 million won ($8,837) to musicians without financial support last month.