Unlock and start your car with just a fingerprint

Unlock and start your car with just a fingerprint 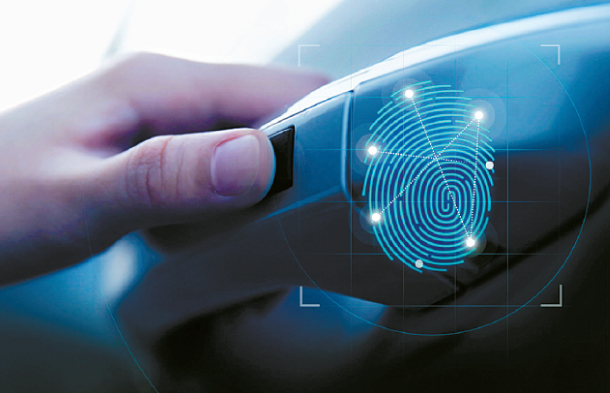 Hyundai Motor will introduce fingerprint verification in its cars, the company said Monday.

Hyundai said it is the first in the world to develop a system that lets drivers open and start their cars using their fingerprints.

The technology used to start a car with just a fingerprint scanner already exists, but opening doors this way is new, according to Hyundai. Development in that area has been held back by concerns about security and the durability of sensors that need to withstand various weather conditions like wind, strong sunshine and snow as they are placed outside the car on door handles.

Hyundai is starting by installing a fingerprint scanner on a version of its Santa Fe SUV designed for the Chinese market. The car is scheduled to launch in the first quarter of next year.

Drivers will be able to open and start the car by scanning their fingers on a sensor attached to the door handle and the engine start button.

The car can recognize different drivers by their fingerprints as well. Seat settings and mirror angles will be adjusted according to preset options by each driver. In the near future, in-car temperature, humidity and the position of the steering wheel will also be customized for each driver, Hyundai said.

“There are movies that show characters copying fingerprints with plastic tape and passing through security checks, but they won’t be able to break into Hyundai cars with such scheme,” a Hyundai engineer said.

According to the company, its system senses capacitance, which is the ability to hold an electrical charge, on fingers.

“This means fingers actually need to touch the sensor,” the engineer said.

The automaker also said the chance of its sensor making a mistake is one in 50,000.

“This means the fingerprint system is five times safer than using car keys,” Hyundai said in a statement, citing dangers linked with losing or being robbed of physical car keys.

The carmaker is reviewing plans to adopt the fingerprint system on a wider range of cars other than the new Santa Fe to be released in China.