[Korean Box Office] ‘Bohemian Rhapsody’ shoots back up to the top: Korea is now the film’s highest grossing market after North America

[Korean Box Office] ‘Bohemian Rhapsody’ shoots back up to the top: Korea is now the film’s highest grossing market after North America 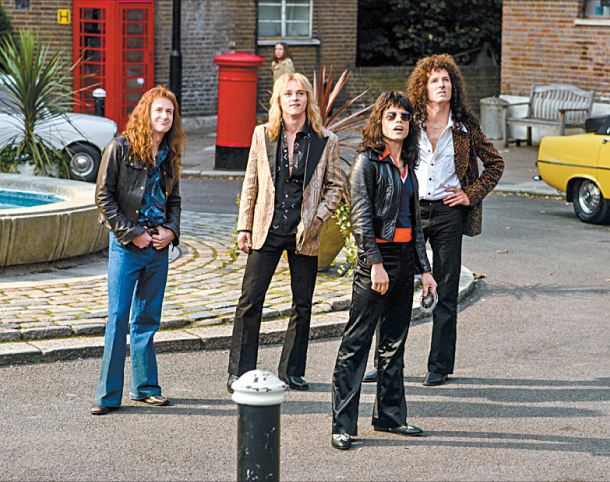 In its seventh weekend, “Bohemian Rhapsody” returned to the top of the weekend box office in Korea. [20TH CENTURY FOX KOREA]

Over a relatively quiet box office weekend, the sensation that is “Bohemian Rhapsody” continued to rock.

In its seventh weekend, the movie, about the popular British rock band Queen and its lead singer Freddie Mercury, climbed back up the box office ladder to clinch the top spot, pushing the film’s total sales in Korea to more than that of the U.K.

From Friday to Sunday, “Bohemian Rhapsody” sold 554,000 tickets at 1,004 screens, accounting for 27.2 percent of the entire weekend ticket sales revenue. According to data provided by the Korean Film Council on Monday, the film has sold more than 7.9 million admissions and has raked in 69 billion won ($61.9 million) since its release on Oct. 31. This makes Korea the film’s second-highest grossing market after the United States.

The film’s performance, however, is expected to stagger this weekend with the release of a number of highly anticipated movies, like dance film “Swing Kids,” crime drama “The Drug King,” DC Comics blockbuster “Aquaman,” and family Christmas movie “The Grinch.”

Coming in at second was “Default,” which topped the box office for the previous two weeks straight.

The film, set right before a wave of bankruptcies that overwhelmed Korea and led to the International Monetary Fund bailout of the country in 1997, sold 464,000 admissions at 971 screens.

Finishing the weekend at a distant third was the horror movie “Door Lock.”

The movie, starring Kong Hyo-jin and Kim Ye-won, is about a woman whose house is continuously intruded by a mysterious and frightening stranger without her knowledge. This relatively small movie, which cost around three billion won to make, is expected to reach its break-even-point of 1.6 million tickets next week. “Door Lock,” in its second weekend, has so far sold 1.43 million admissions.

The animated “Spider-Man: Into the Spider-Verse,” based on the Marvel Comics character Miles Morales, placed fourth in its debut weekend.

The film revolves around Miles Morales, a teen who admires Spider-Man, who gets endowed with the powers of the superhero. Things start to pick up when villains threaten to pull apart the universe, which is when several other Spider-Men as well as a Spider-woman from parallel universes wind up stranded in Morales’ world. 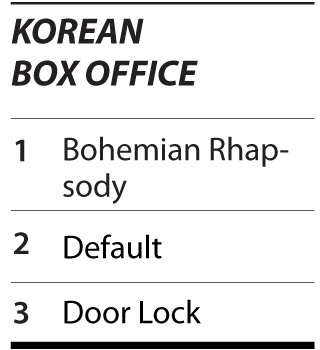 Working together, the group attempts to stop villains from destroying the world.

Rounding out the top five was “The Nutcracker and the Four Realms.”

The Disney live action fantasy movie starring Keira Knightley, Helen Mirren and Mackenzie Foy sold 105,000 tickets over the weekend, bringing its total ticket sales up to 410,000 in its second weekend.