$168 million worth of cocaine is discovered in Busan port

$168 million worth of cocaine is discovered in Busan port 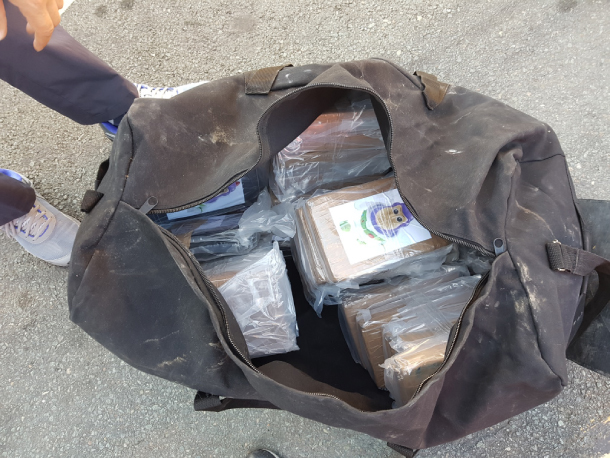 The Korea Customs Service announced Monday that they confiscated 63.88 kilograms (140.8 pounds) of cocaine that was smuggled into the Port of Busan. [NEWS1]

The Korea Customs Service announced Monday it confiscated a record amount of cocaine shipped into the Port of Busan.

According to customs officials, 63.88 kilograms (140.8 pounds) of cocaine was smuggled into the port, the largest amount of drugs found since the opening of Busan Harbor. Authorities estimated that market value was about 190 billion won ($168 million).

Customs authorities said the cargo left Mexico 20 days ago, arrived in Busan on Dec. 14 and was head to Tianjin, China.

Customs was tipped off about the smuggling by Mexican customs officials. The Korea Customs Service was told the drugs were concealed in 22 tons of recyclable copper scraps, packed in small plastic bags that were stuffed into two large black bags.

The Busan Prosecutors’ Office confirmed that there was no Korean criminal involved in the smuggling. Prosecutors also said that they looked into the Chinese shipper of the cargo, but nothing that could tie the shipper with the cocaine was found.

Customs officials believe there was “no intention of selling the drugs in Korea” and that the smugglers were “[probably] just using Korea to cover their trail.”

This discovery, however, was a warning that cocaine or other illegal drugs could be smuggled into Korea in other kinds of cargo.

“We will cooperate with the police, prosecutors, National Intelligence Service and foreign customs offices to eradicate any possibility of drugs being smuggled into [Korea] in the future,” Yang Seung-gwon, head of the Busan Customs Office, said.