Park Hyun-joon once had it all. 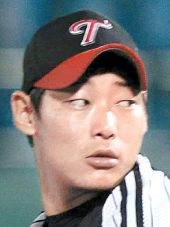 The sidearm pitcher, who turned pro in 2009, was once considered the next big thing in Korean baseball. That all changed in 2012, when Park was handed a lifetime ban from the KBO for match fixing. Nearly seven years later, Park is heading back to the mound - this time in Mexico.

Park turned professional in 2009 when he got drafted by the SK Wyverns. Although Park showed great pitching during exhibition games, he wasn’t able to start his rookie season due to a pain in his right leg.

Despite the injury, Park was still added to the Wyverns’ starting entry but quickly got excluded and spent the majority of his rookie season in the Futures League. Throughout his rookie season, Park appeared in 14 games and picked up a loss with a 5.82 ERA.

Park was given more playing time in his second season but wasn’t able to live up to expectations as he picked up two wins and three losses with a 6.55 ERA in 20 games. After a disappointing first two seasons, Park was traded to the Twins in 2011. Throughout his third season, Park picked up 13 wins and 10 losses with a 4.18 ERA.

Right when Park finally seemed to be settling into the KBO, his career came to an abrupt end. In March 2012, Park was accused of match fixing. Two Twins pitchers, Park and Kim Sung-hyun, admitted to consulting with a gambling broker and deliberately pitching to get base on balls.

When prosecutors decided to indict the players, the Twins cut them from the team and asked the KBO to ban them for life when their sentences were announced.

After Park and Kim were sentenced to six months in prison with two years of probation, the KBO banned them from ever playing professional baseball in Korea again.

Park went on to serve his military service before resurfacing in October 2015, when there were reports that he was looking for a spot in the Dominican Republic’s winter league. Park was reported to have tried out for Estrellas Orientales, but didn’t make it to the roster.

Park is unable to play in many of the biggest baseball leagues in the world as the KBO has agreements with the MLB, Nippon Professional League (NPB) and Chinese Professional Baseball League (CPBL).

Disgraced and with nowhere left to turn, Park started working in the sales department at an LG U+ store in September 2016.

But it looks like Park’s career isn’t over. Mexican news reported on Monday that he would be joining the Monterrey Sultans in the Mexican League at the start of 2019.