Wanna One will end after contract

Wanna One will end after contract 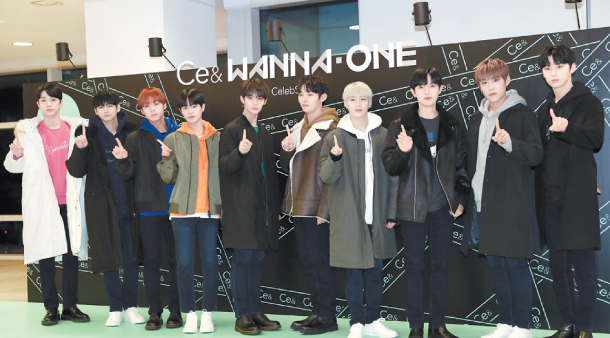 Despite fans’ wishes, boy band Wanna One won’t be staying together, its agency Swing Entertainment announced on Tuesday.

Wanna One’s year and a half contract will expire at the end of this month as was initially agreed upon when the group debuted in 2017 after the 11 members were chosen through the second season of cable channel Mnet’s audition program “Produce 101,” which ended in June 2017.

“Wanna One’s contract will expire on Dec. 31 as planned. But, they will carry out their scheduled events until January,” the agency said in a statement. “They will take part in all of the year-end awards events and meet fans for the last time with concerts next month.”

Since even before their official debut as a group in August 2017, Wanna One was immensely popular among their fans, who voted for the 11 members of the group during the run of “Produce 101.”

Last month, the group released their first full-length album, “1¹¹=1 (Power of Destiny),” with which the 11 boys sing about the precious memories they shared together and share their gratitude for the fans who stuck with them over the two years.