KB Securities CEOs to step down as term comes to end

KB Securities CEOs to step down as term comes to end 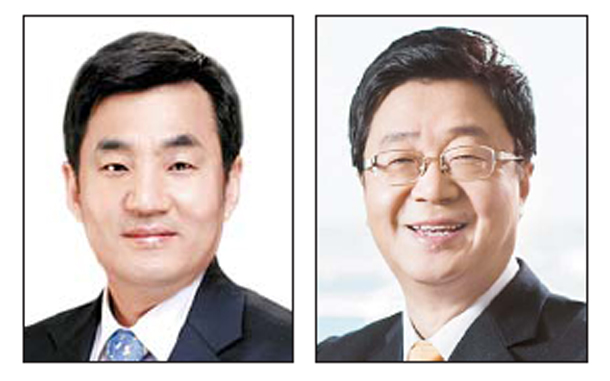 The incumbent CEOs of KB Securities offered to resign late Monday ahead of the end of their term this month, according to the securities company.

Yoon Kyung-eun and Chun Byoung-jo will step down as co-CEOs of the brokerage after heading the company for two years, rather than seeking a second term. A candidate selection committee at KB Financial Group, a holdings unit of KB Securities, will go on to nominate a new CEO.

The two heads - Yoon from Hyundai Securities and Chun from KB Investment & Securities - are credited with smoothly leading KB Securities after the merger between the two companies back in 2016.

The company declined to say why the two refrained from seeking a second term, but an industry source said that the company will likely have a single leader at the top after the transition period.

“They played an important role in combining the two units and it is known that the company seeks a new leader to take a leap forward,” a source in the investment industry said.