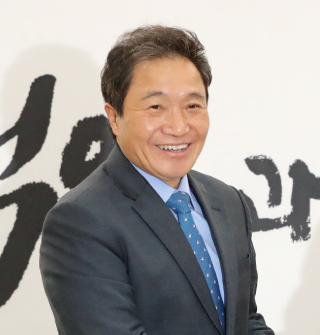 The departure of Lee Hag-jae, a three term lawmaker from Incheon, from the BP is the latest in a series of defections from the minor conservative party. It now has only 29 seats in the National Assembly, though it is still the third largest party in the legislature.

“After the collapse of the Park Geun-hye administration, I have tried for the last two years to help revive the fallen conservatives, but failed to receive the people’s support based on the last presidential and local elections,” Lee said at a press conference at the National Assembly. “I will now return to the LKP and focus on reforming and uniting the conservatives.”

Lee told multiple media outlets that his defection was only the beginning of what he called a “massive conservative merger.” He hinted that he would be joined by three or four more BP representatives and other prominent political figures.

Dismayed by the BP’s low poll numbers and growing uncertainty over the party’s fate in the next legislative elections, several members have openly flirted with joining the LKP in recent weeks. Rep. Lee Un-ju, a BP member originally from the centrist People’s Party, openly partook in an LKP party event last month. Her participation angered BP members and earned her a reprimand from the party’s chairman, Sohn Hak-kyu.

The BP was formed last February through a merger between the Bareun Party and the People’s Party. These two smaller parties were offshoots of the traditionally dominant liberal and conservative parties in Korea, today represented by the LKP and ruling Democratic Party.

Lee Hag-jae was one of 29 lawmakers and dozens of other prominent political figures who quit the then-ruling conservative Saenuri Party in December 2016 after former President Park Geun-hye was impeached in a corruption scandal. They formed the Bareun Party, aiming to build a new conservative party free from associations with the disgraced former president.

Lee’s decision to leave the BP on Tuesday follows the defections of dozens of other prominent conservatives to the LKP, such as former Seoul Mayor Oh Se-hoon, who rejoined the party late last month.

Political analysts say if future mass defections take place, they will likely follow the LKP’s party convention in February, when a new leader will be elected to replace interim leader Kim Byung-joon.

The focus is on whether former Prime Minister Hwang Kyo-ahn, who recently topped recent polls of conservatives as their leading contender for the next presidential elections, will seek the party’s leadership and use it as a platform for a presidential bid.

Hwang, who was Park’s final prime minister and served as interim head of state during her impeachment trial at the Constitutional Court, enjoys enormous support from the pro-Park faction of the LKP. Her supporters remain the largest faction among the LKP’s 113 Assembly members.