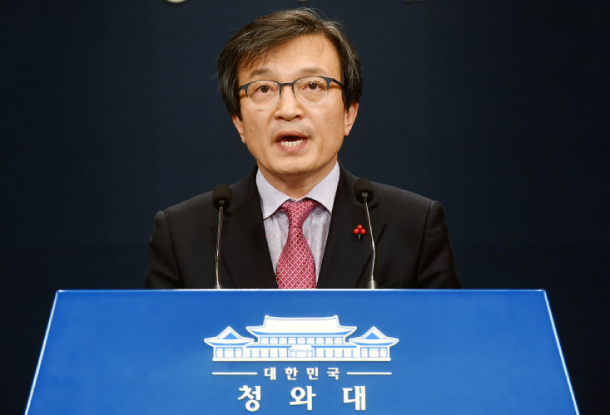 Accusations that the Moon Jae-in Blue House spied on private citizens broadened on Tuesday after a local broadcaster reported that the presidential office’s special inspection bureau looked into a corruption allegation about Airport Railroad, a private operator of trains connecting Incheon International Airport and downtown Seoul.

After Channel A ran a report on its evening news show on Monday, the Blue House said it was a mere mistake: The bureau’s head erroneously thought the firm was a public company due to its “name and characteristic of work.”

Opposition parties aren’t buying that explanation. The Liberty Korea Party threatened to bring the case to the National Assembly for a parliamentary investigation unless the Moon Blue House clears everything up - instead of blaming mistakes or rogue elements.

It was the latest development in a snowballing whistle-blowing scandal that’s undermining a president who promised to pluck out “deep-rooted evils” committed by the disgraced Park Geun-hye administration by, among other things, improving government transparency, communicating with the general public, reshuffling organizations and restricting the roles of investigative authorities to eliminate their ability of spying on private individuals.

Moon is now being accused of running a Blue House that tried to cover up bribery allegations against a prominent liberal politician who currently serves as the Korean ambassador to Russia; spying on the son of a former prime minister and the president of a private bank; and compiling damning reports on the former environment minister to justify his firing of her.

Channel A, which is the broadcast station of the right-leaning newspaper Dong-A Ilbo, reported Monday evening that former Blue House investigator Kim Tae-wu emailed the channel saying he was specifically ordered by the bureau head on May 24 to investigate Airport Railroad - despite the fact that the company was private, which the bureau head acknowledged. Kim said he refused to take the order.

Four to five months later, a different investigator on the team was ordered to investigate Airport Railroad when the suspicion arose again, and Kim tried to talk his colleague out of the illegal inspection, he told Channel A.

Minutes after the broadcaster ran its report, Blue House spokesman Kim Eui-kyeom told Blue House correspondents in a text message that the bureau head did order Kim to look into the allegation but that it was a mistake caused by the company’s name and function, which gave the impression it was a public organization.

The spokesman continued that Kim did not refuse to comply at the time, as he told Channel A, neither did he try to convince his colleague to ignore a similar order months later.

When the second investigator was ordered to look into the company, he told the bureau head that the company was private, and therefore, he had no rights to carry on the inspection, according to the Blue House spokesman. The bureau head sent the case back to the Blue House civil complaints office, where the corruption allegation tip-off originated from, after which a Blue House worker then referred the case to the Supreme Prosecutors’ Office because it suggested the possibility of a criminal offense, the spokesman continued.

On investigator Kim’s claim that he was repeatedly ordered to compile reports on former Environment Minister Kim Eun-kyung for prompting a national plastic waste crisis earlier this year - which he said felt like the Blue House was “targeting” her to get her out of the cabinet - the Blue House spokesman said Moon’s office “never pinned down a certain minister for inspection.” The spokesman continued that the investigation of Kim Eun-kyung was meant to look into whether the Environment Ministry responded well to the crisis.

She was fired last month.

Blue House spokesman Kim said Tuesday that the Moon administration doesn’t have the impulse to spy on private citizens in its “genes.” The official told reporters to consider the case with “common sense,” rhetorically asking how the Moon government would have been able to spy on private citizens with a tiny group of special inspection bureau members after it reorganized the massive National Intelligence Service to wean the intelligence authority of its former role of domestic information gathering.

Investigator Kim was a member of a so-called special inspection bureau under the office of the Blue House anti-corruption secretary before he got fired last month. The Blue House accused him of interfering in a police investigation and colluding with a person he was supposed to investigate for possible corruption.

Kim had been dispatched from the Seoul Central District Prosecutors’ Office to temporarily work for the Blue House. After he was fired, the Blue House sent him back to the prosecutors’ office, which is now looking into the Blue House’s allegation against him for possible punishment. Since last Friday, Kim has been releasing details of his confidential work at the Blue House to the local press, saying he wanted to restore his tarnished reputation and shed light on the malpractices of Moon’s closest aides.