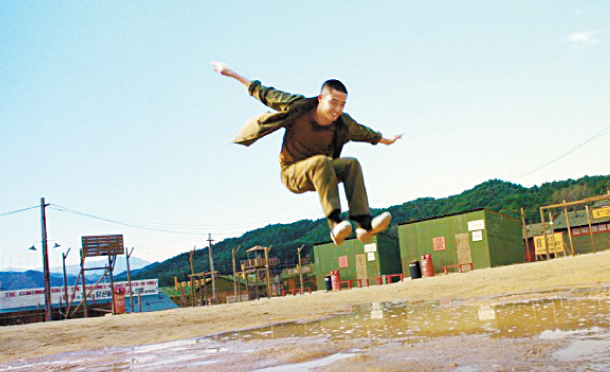 The movie is directed by Kang Hyung-chul, who also directed popular comedies like “Sunny” (2011) and “Speed Scandal” (2008).

Based on the 1957 Dr. Seuss book “How the Grinch Stole Christmas!,” this adaptation centers on the grumpy green creature who tries to steal away the joy of Christmas from his neighbors, the citizens of Whoville. Together with his dog Max - his only friend - the Grinch invents special gadgets that allow him to continue living in grumpy isolation.

When the mayor of the town announces that this year’s Christmas will be much more fun, the Grinch plans to dress up like Santa. But instead of giving out Christmas gifts, he decides to steal them from every home.

The film is directed by Scott Mosier and Yarrow Cheney, and Benedict Cumberbatch voices the Grinch. 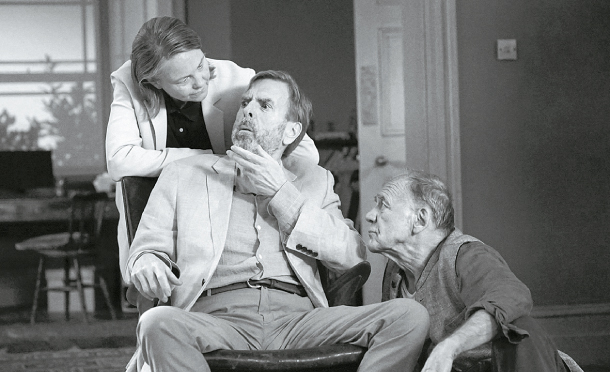 The movie begins as a career politician Janet (Kristin Scott Thomas) opens a party to celebrate her recent appointment as a government functionary of an opposition party.

Based on a novel by author Darcey Bell, this movie revolves around two women: the wealthy and glamorous working mother Emily (Blake Lively) and a widowed mother named Stephanie (Anna Kendrick) who is a passionate mommy vlogger and active volunteer for community and classroom activities.

The two quickly become friends through their sons who go to the same elementary school.

A remake of the 2009 Korean romance movie of the same English title, “More than Blue” is a sad story about a terminally ill man who keeps his sickness hidden from his loved ones.

Directed by Gavin Lin, the story revolves around two orphans: K (Liu Yi-hao) and Cream (Chen Yi-han), who have lived together since they were 16. They are more than friends, but cannot be called lovers. The pair work at a record label where Cream is a songwriter and they rely on one another for emotional support.

One day, K learns he is dying, but refuses to reveal his illness to Cream because he fears that the news of his death will be too much of a blow to her. So he instead chooses to find a suitable spouse for her.

Gyeong-min (Kong Hyo-jin) is a contract worker at a bank, and lives in a nearby officetel. Like many others in her shoes, she lives in fear of possible intruders. To create the impression that she does not live by herself, she hangs men’s underwear on the drying line and places men’s shoes at the door. But her efforts prove futile, and she experiences a series of events that threaten her security, like a stranger attempting to unlock her door in the middle of the night.

Gyeong-min calls the police for help, but is not taken seriously. Instead, they tell her that they can only start an investigation after something happens. Without the help of the police, she continues to experience unsettling occurrences.

Directed by Lee Kwon, the movie is based on the Spanish psychological thriller “Sleep Tight” (2011).

Behind the scenes, however, the government and the IMF’s managing director (Cassel) are negotiating a bailout package. While the vice minister of finance (Woo-jin) sees the bailout package as an opportunity to restructure the entire country, others, like Si-hyeon (Kim), a senior analyst at the Bank of Korea, warns senior government officials of the massive side effects the bailout would cause to Korea’s economy.

Outside the negotiation, the film also tells the story of Jeong-hak (Yoo), a banker-turned investment consultant who accurately predicts Korea’s economic predicament and makes a massive investment based on his prediction, and the owner of a small factory (Huh) who falls into a massive debt. 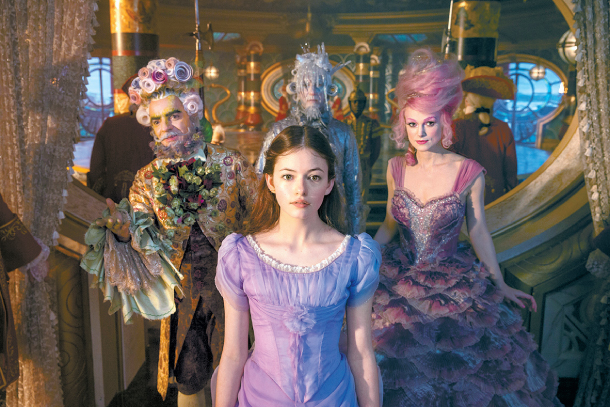 The Nutcracker and the Four Realms (G)

A live-action version of the classic Christmas story, “The Nutcracker and the Four Realms” features a fearless young intelligent heroine named Clara (Mackenzie Foy), who has difficulty getting over the death of her mother. Feeling lethargic and filled with grief, she questions her place in the real world, and also has difficulty getting along with her father (Matthew Macfadyen).

On Christmas Eve, Clara receives a locked egg-shaped music box with no key from her father, which was given to him by his late wife. Determined to find out what’s inside, Clara starts a journey to find the key. In the process, she gets to enter a far-away land - the four realms that her mother created. There, Clara encounters the Nutcracker soldier (Jayden Fowora-Knight), the bubbly Sugar Plum (Keira Knightley) and Mother Ginger (Helen Mirren), and helps settle the world that has lost peace.