When a good guy goes bad: In “The Drug King,” Song Kang-ho plays a smuggler who becomes a kingpin

When a good guy goes bad: In “The Drug King,” Song Kang-ho plays a smuggler who becomes a kingpin 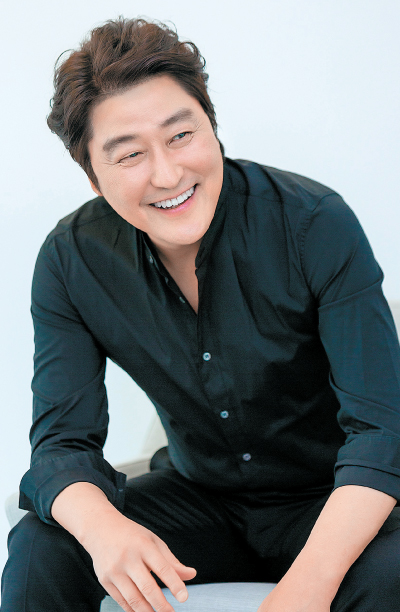 While there have been several Korean films over the years that indirectly deal with drugs, like the 2006 noir action title “Bloody Tie” - a story about a drug dealer and a hard-nosed cop trying to arrest him - the topic remains a taboo theme to feature at the center of a major production.

The recently-released “The Drug King,” however, is a rare Korean title with a plot that openly touches on the topic.

Set in the southern port city of Busan in the 1970s, the crime drama revolves around Lee Doo-sam (Song Kang-ho), a petty smuggler who barely makes ends meet to feed his wife, a piano teacher, and two children. But after he starts smuggling drugs by chance, Lee follows his instinct and ultimately builds an underground criminal empire, becoming a drug kingpin. The film is inspired by the notorious real-life figure.

“‘The Drug King’ tells the life story of a man who used to be naive and simple, but is later destroyed by his own ambition and greed after getting a taste of wealth and authority,” said Song during an interview held in central Seoul on Monday. “Drug issues are deeply rooted in countries like Mexico or the United States. Korea, however, is a drug-free nation, and therefore, was difficult [for me] to play the role.

“I did not refer to any previous movies or videos to play Doo-sam because the character has his own unique background story that leads him to behave in certain ways,” Song added.

Directed by Woo Min-ho of the acclaimed crime film “Inside Men” (2015), the movie co-stars Bae Doo-na as a lobbyist who guides Doo-sam into the upper echelons of the drug trade and Cho Jung-seok as an ambitious and hard-nosed prosecutor chasing after Doo-sam. Kim Dae-myung plays Doo-sam’s younger cousin with whom he has a strong bond.

Things in the movie start to pick up when Doo-sam’s boss sells him out. After he serves time in prison, he gradually starts to expand his smuggling activities across the sea to Japan, giving him helpful yet dangerous connections to bigwigs. 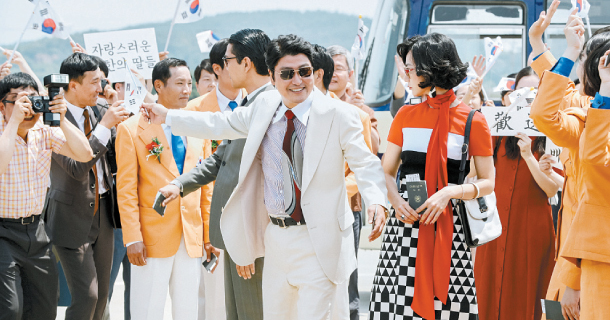 To Song - who is best known for his working class roles like the one he played in last year’s “A Taxi Driver” and 2013’s “The Attorney” - pulling off a villainous character like Doo-sam was a new challenge.

“Over my more than two decades as an actor, I have landed a number of roles representing justice. But building this kind of resume was not intentional,” said Song. “So [though Doo-sam may seem quite villainous], I hope the audience will welcome this character because it shows different aspects of my acting capabilities.”

Song added, “I didn’t choose ‘The Drug King’ to show off an unseen part of me. I was simply interested in a story that delves into a man who goes through joy, anger, sorrow and pleasure in life, and ultimately gets destroyed by his own crooked ambition. I was interested in how Doo-sam gradually turns into a beast to survive in a chaotic world.”

When asked whether he shares any similarities with his character, the actor firmly said, “I aim to make good movies for audiences. But I neither chase after money, nor authority.”

The time period is a crucial part of Doo-sam’s character, according to Song.

“Korea had dynamic moments in the ‘70s. During that time, many parents sacrificed themselves in the hopes of providing better lives for their children. I guess Doo-sam was one of those parents.”

One of the most interesting parts about this film to Song was its ending.

“The ending of this movie is quite different from most films. I think it may get a divided response from audiences, but I respect director Woo Min-ho’s choice in how the film finishes.”

Song added, “The film’s ending suggests that even though Doo-sam may see an end [to his wealth and reputation], there is a possibility of another Lee Doo-sam, meaning the existence of this kind of social evil could continue to persist.”

Even for an experienced actor with such strong ticket power, leading a big budget movie that cost more than 15 billion won ($8.9 million) to make is a huge responsibility.

“I can’t say that I’m free from the pressure of the film’s box office performance, but I try not to feel or think about it too much.”

That doesn’t mean he does not have career goals.

“The biggest goal is to give audiences new movies and avoid becoming lazy.” Song added, “Instead of being an actor who can sell more than 10 million tickets, I would like to be described as a refreshing actor who works to surprise viewers.”

Released on Wednesday, “The Drug King” is rated 18 and above.